Someone once said, “Sometimes, real superheroes live in in the hearts of small children fighting big battles”. This is true of Aubrie Hysell.

Aubrie is an 8-year-old girl who has had a lot of obstacles in her life that she has already overcome. She still has more to overcome. Shortly after Aubrie was born, we noticed she wasn’t meeting the normal milestones for her age. As Aubrie grew, she only fell further and further behind children her own age. Aubrie worked hard as she had numerous hours of therapy, appointments, lab work, imaging, and evaluations. At around age 3, Aubrie was diagnosed with Autism. Not convinced that was all that was going on, there was further testing and upon a second MRI, it was confirmed that Aubrie had Cerebral Palsy.

Thanks to so many of our friend’s financial support, Aubrie was able to receive HBOT Treatment at Sara’s Garden two years ago. Some gains that we saw after receiving HBOT was improved balance, a calmer demeanor, improved attention, less constipation and she excelled in school that next year. This year, Aubrie has become increasingly interested in things beyone “cause and effect” baby toys. She notices, as her sister does, things like riding a bike. However, when Aubrie tries to sit on the bike, she doesn’t have the motor planning to hold herself up on the tiny seat, or to petal. She gets frustrated and gives up. We are hoping to see more gains with further HBOT.

Unfortunately, in the United States insurance companies do not recognize HBOT as being therapeutic for the treatment of brain injuries and therefore will not cover the cost for treatments. That is why we could really use your help. HBOT for Aubrie is only $100 per treatment at Sara’s Garden. However, since our plan is for her to receive 40 HBOT treatments that cost adds up quickly.

Ryan and I could not be more thankful to all of you who have helped financially in the past. We were overwhelmed with the love and support you showed for Aubrie. The support was so great that we had money left over to use for future HBOT treatments at Sara’s Garden, but not enough to complete a full round of treatment. We are hoping to attend Sara’s Garden again this summer. However, we won’t be attending camp this year, so the financial need will be significantly less.

If you could assist us with the cost (or even just part of the cost) of a single $100 HBOT treatment it would help reduce our overall expenses greatly. 100% of the funds received go into an account in Aubrie’s name and will be used for her treatments. Any contribution made would be considered a tax-deductible donation as Sara’s Garden is a 501(c)(3) non-profit facility. Checks can be made out to Sara’s Garden with Aubrie’s name on a sheet of paper accompanying the check. Please do NOT write her name directly on the check. You can also donate online via credit card by clicking on the link below.

Thank you so much for considering to support Aubrie’s treatments at Sara’s Garden! 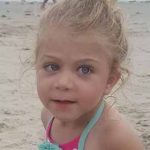