Our amazing Bryce was born to us in February of 2006. He was in every way, our perfect little baby boy. He giggled, played, cooed and did everything “typical” for an infant boy in his first few months. However, in his fourth month we noticed he was having blank stares and was unable to sit up on his own… then came the tremors and shaking.

By the time he was seven months old, his condition was getting worse so we took him to a neurologist for evaluation. We were devastated when he was diagnosed with Lennox-Gastaut syndrome (LGS), a severe form of epilepsy that typically becomes apparent during infancy or early childhood. Affected children experience several different types of seizures. By the end of that November, Bryce was prescribed numerous medications to maintain and preserve his mental capacities.

After many years of trying different diets and procedures, Bryce began to get relief from the condition through the proper mix of medications and the installation of a vagus nerve stimulation (VNS) device. Bryce was seizure free for nearly 2½ years. We saw a whole new person coming to light. He was speaking, walking and even taking the stairs without assistance. We believed that our efforts were finally paying off and that we would again see the boy he was meant to be.

Unfortunately, that relief was short lived when Bryce started hitting his growth spurts and the medications no longer reached optimum levels for him. He started to regress and lost all capabilities of speech. He was not able to focus on things as he had before and his seizures increased to the point that he could no longer be left alone for any amount of time. He began requiring around the clock monitoring and care… something that is still necessary till this day.

We’re now seeing a neurologist who is working with us to remove some of the unnecessary and harmful drugs from his system. This change has started to show some positive progress. He is starting to be more alert and even beginning to make sounds again. He’s also starting to show some communication skills with his hand movements and facial expressions. We hope that someday he’ll be able to tell us what he means when he raises his eyebrows in that oh so special way.

We have recently discovered Hyperbaric Oxygen Therapy (HBOT) and believe this treatment could be crucial for Bryce’s continued healing and development. Hyperbaric Oxygen Therapy has been very successful in treating individuals with seizure disorders. We’ve learned that there is a facility right here in Northwest Ohio that we can go to called Sara’s Garden. Unfortunately, in the United States, HBOT is not recognized as being therapeutic for the treatment of seizures and is therefore not covered by insurance. That is why we could really use your help. HBOT for Bryce’s condition is only $100 per treatment at Sara’s Garden (as opposed to $1,500-2,500 per treatment at a hospital). Since, our goal for him is to receive at least one round of 40 HBOT treatments, that cost adds up quickly.

If you could assist us with the cost (or even just part of the cost) of a single $100 HBOT treatment it would help reduce our overall expenses greatly. 100% of the funds received go into an account in Bryce’s name and will be used for his treatments. Any contribution made would be considered a tax-deductible donation as Sara’s Garden is a 501(c)(3) non-profit facility. Checks can be made out to Sara’s Garden with Bryce’s name on a sheet of paper accompanying the check. Please do NOT write his name directly on the check. You can also donate online via credit card by clicking on the button below.

Thank you so much for considering to support Bryce’s treatments at Sara’s Garden! 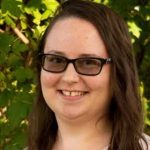 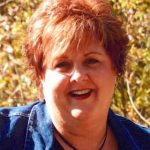