“My name is Caleb Schobinger, and I turned eleven in November. My mom says that I am “all boy”! I love to play in the sand and mud, and ride on a tractor with my cousins. I have a younger brother, Bronson, and we like to wrestle and chase each other. I like to swing, jump on the trampoline and go swimming at my grandma’s house. I also enjoy laying under my bed and playing with my Little Hero Super Hero friends. When I was three years old I was diagnosed with Autism. “

As parents, our hearts would overflow if Caleb would speak those words! Caleb has never been as verbal as other kids his age. He was meeting his milestones for his fine and gross motor skills, but we noticed he would not make eye contact. Caleb would play alongside of other children, but never interact with them. He wasn’t curious about his new baby brother when Bronson came home from the hospital. I didn’t think much of it because Caleb continued to be affectionate and make me smile with this laugh! Despite some behaviors, I thought he was the perfect kid!

It was a relative who first mentioned she suspected Caleb was Autistic. Initially, I was furious! Intent on proving her wrong, I scheduled an appointment for Caleb to be tested. It was scary watching five people take my child into a room that I could only observe through a window. Testing confirmed, Caleb was Autistic. My heart sank and I began asking myself, what does this mean? Where do I go from here? We began researching Autism and finally understood Caleb’s behavior. We began learning all we could about Autism. We learned calming techniques and simple sign language that opened the door to communicating with Caleb.

We want to give Caleb every opportunity to be successful. We began researching other options for Caleb’s treatment. Through a friend, we learned about the many successes that people with Autism have experienced through Hyperbaric Oxygen Therapy (HBOT). HBOT decreases inflammation and swelling, increases energy, increases the production of stem cells by eight-fold and increases the body’s white blood cell activity, boosting the immune system and promoting healing. It has helped with communication skills, cognitive abilities and helps improve fine and gross motor skills. We learned about a non‐profit facility right here in Northwest Ohio called Sara’s Garden that specializes in HBOT and Autism Intervention.

If you could assist us with the cost (or even just part of the cost) of a single $100 HBOT treatment it would help reduce our overall expenses greatly. 100% of funds will go into an account in Caleb’s name and will be used for his treatments and services. Any contribution made in this manner would be considered a tax-deductible donation as Sara’s Garden is a 501(c)(3) non-profit facility. Checks can be made out to Sara’s Garden with Caleb’s name on a sheet of paper accompanying the check. Please do NOT write his name directly on the check. You can also donate online by clicking the link below.

Thank you for your time and support! 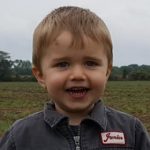 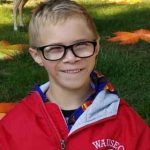