As many of you know, I’ve suffered from headaches and dizzy spells for years. In 2014 I went to my eye doctor for a routine checkup. I told them that I was having some vision problems in my right eye so they decided to run some tests. The tests showed that I had a small cataract in my right eye but the doctor decided that it wasn’t bad enough to remove.

Over the course of the next year, my vision and headaches continued to get worse. My eye doctor sent me to see a specialist for a second opinion. A CT scan revealed that I had a mass in my brain the size of an orange that was sitting on the optic nerve of my right eye. I was informed that the tumor was inoperable because it had wrapped itself around too many vital nerves.

With the doctor’s recommendations, I underwent a series of 16 radiation treatments to my head. My eyesight improved slightly but I was still experiencing headaches and dizziness. In April 2016 I then had cataract surgery. Again, my eyesight improved, but only slightly. Through all of this, I had to quit my job and I am unable to drive. I continued to suffer daily headaches and dizziness.

We began searching for other treatment options that could help me. We discovered a natural treatment called Hyperbaric Oxygen Therapy (HBOT) at a non-profit facility called Sara’s Garden right here in Northwest Ohio. In 1931 Otto Warburg won a Nobel prize for discovering that oxygen was an enemy of the cancer cell – it kills them. Cancer cells thrive in environments where oxygen is depleted. Since that time many cancer experts have looked for ways of delivering oxygen to cancerous tissue in the hope of killing the cancer cells and restoring the tissue to its normal state.  HBOT is just such a process.

Inside a pressurized chamber the body begins to receive a healing dose of oxygen through the body’s fluids and plasma even if the blood vessel system to the needed tissue is compromised. When oxygen dissolves in the blood stream, it travels wherever the blood travels, effectively saturating all tissues. The delivery of oxygen using pressure does not require the use of red blood cells. As pressure increases, more oxygen is pushed into the cells.

In November 2018 received a round of 40 HBOT treatments at Sara’s Garden. I immediately found relief from my headaches and began sleeping better. I was even been able to start cooking and vacuuming around the house again. My oncologist was very impressed that my skin tone and color improved dramatically. While my tumor hadn’t shrunk, it had stopped growing.

It’s been just over a year since my last HBOT treatment. My headaches, fatigue and instability are all returning, making it hard for me to function. I would like to go back to Sara’s Garden for another round of 40 HBOT treatments. We are confident that these treatments will once again provided some much needed relief from these debilitating symptoms.

Hyperbaric Oxygen Therapy for my condition is only $150 per treatment at Sara’s Garden (as opposed to $1,500-2,500 per treatment at a hospital). Unfortunately, in the United States insurance companies do not recognize HBOT as being therapeutic for the treatment of cancer and will therefore not cover the cost of the treatments even though it is widely recognized as a crucial tool in helping someone recover from the ravaging effects of cancer treatments (such as chemotherapy and radiation). As inexpensive as the per treatment HBOT cost is at Sara’s Garden, it sure adds up quickly.  We could really use your help!

If you could assist us with the cost (or even just part of the cost) of a single $150 treatment it would help reduce our overall expenses greatly. 100% of the funds received will go into an account in my name and will be used for my treatments.  Any contribution made would be considered a tax-deductible donation as Sara’s Garden is a 501(c)(3) non-profit facility. Checks can be made out to Sara’s Garden with my name on a sheet of paper accompanying the check. Please do not write my name directly on the check. You can also donate online via credit card by clicking on the DONATE NOW button below.

Thank you so much for considering the support of her treatments. 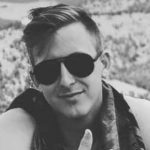 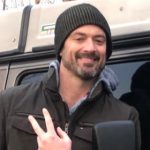