Hello, my name is Chase Thompson.  I am two years old and am full of energy!  I have one older sister, an older brother and a brand new baby sister!  I love playing with blocks and trains, swinging outside with my brother and sister, and riding on my toy tractor!  My favorite foods are oranges, applesauce, crackers and spaghetti!  My daddy works on jet airplanes in the Air Force and my mommy is a stay at home mommy.  In late summer of 2016 I was diagnosed with ASD (Autism Spectrum Disorder) but most people just say “Autism”.  I don’t talk, but I understand some of what you say and am very affectionate if you get to know me!

The above paragraph is a colorful first person description of how our son would describe his life if only he could talk or express himself.

Chase is nonverbal, but does babble. We had concerns that he may have problems with his ears similar to his older brother, Erik, who required tubes in his ears. The doctors assured us that his ears were fine, that perhaps he was “hearing sensitive”. Chase will rarely look someone in the eye and has meltdowns in public places. We felt this was just typical two-year-old behavior.

As he grew, we noticed Chase played differently than his siblings.   He liked playing alone, which we chalked up to him being “independent”.  He liked trains and would place them in a straight line, but we gave it no thought because that’s what you do with trains. Then we noticed he would do the same with refrigerator magnets, blocks and cars.

It wasn’t until a family member with a ten-year-old Autistic child suggested we get him tested for Autism.   We took Chase to two doctors and both diagnosed him with ASD.   Since his diagnosis, we have been trying to educate ourselves about Autism. We began seeking help, advice, and treatment options for Chase.  It feels overwhelming at times, trying to process all of the information and make the right decisions for our son.

We were referred to Sara’s Garden in Wauseon by many people. Sara’s Garden specializes in Autism Intervention (AI), Conductive Education, Hyperbaric Oxygen Therapy (HBOT), Occupational Therapy, Sensory Integration, and Speech-Language Pathology (SLP) services.  These services provide life-changing results for children with Autism. The success stories for children with Autism are amazing! In many cases it has helped with the child’s development in communication skills, emotional skills, social skills fine and gross motor skills, and cognitive abilities. Sara’s Garden’s AI services include Applied Behavior Analysis and PLAY Project. These services, along with SLP, have all been recommended for Chase by his doctors.

Most of the intervention services that have been recommended for Chase are not covered by insurance. We also learned he is not eligible for state scholarships and grants until he turns the “magic number three years old” in July 2017. Services for Chase will cost approximately $2000 per month at Sara’s Garden. That is why we could really use your help in Chase’s journey.

A donation in any amount would help reduce our overall expenses greatly. 100% of the funds received go into an account in Chase’s name and will be used for his treatments. Any contribution made would be considered a tax-deductible donation as Sara’s Garden is a 501(c)(3) non-profit facility. Checks can be made out to Sara’s Garden with Chase’s name on a sheet of paper accompanying the check. Please do NOT write his name directly on the check. You can also donate online via credit card by clicking the link below.

We sincerely ask for continued prayers during Chase’s journey. Thank you for your love and support. 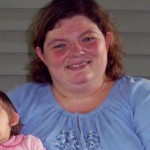 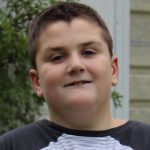