The Definition of a Winner!

These days Christopher Schaub is wearing many hats. He is a 2018 New Horizons Academy (NHA) graduate, Northwest State Community College (NSCC) student, Presidential Scholar, as well as a NHA mentor and role model.

It wasn’t that long ago that Christopher Schaub was a student at New Horizons Academy. He started at NHA as a high schooler in 2014 and excelled throughout his four years. Christopher qualified for College Credit Plus (CCP) classes, earned dual high school-college credit, completed 12 college credits while still in high school, and made both the Dean’s List and Honor Roll through Northwest State Community College.

From his first year’s NHA report card, Intervention Specialist Patrick Nightingale stated, “Christopher has grown more during his sophomore year in high school than any student that I have had the privilege to work with… He has become a stronger, smarter, and more creative asset to any classroom. Christopher has a bright future ahead of him and it was an honor to work with him.”

His maturity and academic strengths continued to blossom and grow during his four years at NHA. While he was here, Christopher had lunch almost daily with the middle schoolers and served as a role model and friend for them. Having received a full-ride Presidential Scholarship with a Legacy Scholarship to Northwest State Community College in Archbold, Christopher has chosen to continue giving back to our middle school and high school students.

This school year, Christopher has volunteered just about every Friday at NHA, having lunch with the middle schoolers, supporting the high schoolers, pitching in wherever he is needed, and even “boogieing” down at the last Spring Dance. Christopher truly cares about the students at New Horizons Academy.

As intervention specialist Jessie Wolfrum put it, “I thought I knew what it was like to be proud of a student, but Christopher took that to a new level! He has set the bar high with his consistent hard work and determination to be successful regardless of the obstacles placed in his path. In my eyes, he is the definition of WINNER!”

And we hope that Christopher keeps winning and succeeding! He has had an absolutely awesome first year of college, taking a wide variety of classes and learning so much. We are so proud that Christopher was and still IS a part of New Horizons Academy! He is a testament to the hope and success that we hope all autistic children can find in their own way here at New Horizons Academy and Sara’s Garden.

If you are looking for a caring school environment or a place where your special needs student can grow, thrive, and become as independent as he or she possibly can, then please consider calling Sara’s Garden at 419-335-7272 and setting up a tour of New Horizons Academy, our special needs school which serves students from nine counties and 20 different school systems. 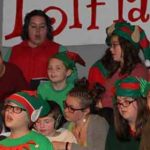 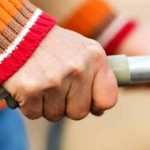