After having a child in 2016 born with mild-moderate hearing loss, we were apprehensive and nervous about the birth of our second child. On January 4th, 2018, our second daughter Kalli Mae Bruner was born via C-section. Kalli’s father, older sister, and I welcomed her into the world. Much like her sister, everything with Kalli seemed like a normal healthy baby at first. Kalli’s sister, Kenna, was born with hearing loss in 2016 so the thought that Kalli may also have hearing loss was on our minds. While at the hospital after her birth, Kalli failed her newborn hearing test the first two times the tests were administered. She was then referred for more testing.

On April 20th, 2018, we had the first BAER (brainstem auditory evoked response) test to test Kalli’s hearing. The BAER test measures how the brain processes sound by recording brainwaves in response to clicks or other audio tones. After a long day of testing and Kalli fighting sleep, we discovered she also has moderate to severe hearing loss just like her sister. We immediately contacted Sara’s Garden as they did such an amazing job with our oldest child and we were pleased with the results we experienced with Kenna after she completed treatments. Kalli is now 5 months old, since her first set of hearing tests we have noticed she is squealing and giggling along with making raspberries with her mouth.

Despite the success that Hyperbaric Oxygen Therapy has had in treating hearing conditions, insurance companies in the United States do not recognize HBOT as being therapeutic for hearing loss and therefore will not cover the cost for treatments. That is why we could really use your help. HBOT for Kalli is only $100 per treatment at Sara’s Garden. However, since our plan is for her to receive at least 40 HBOT treatments that cost adds up quickly.

If you could assist us with the cost (or even just part of the cost) of a single HBOT treatment it would help reduce our overall expenses greatly. 100% of the funds received go into an account in Kalli’s name and will be used for her treatments. Any contribution made would be considered a tax-deductible donation as Sara’s Garden is a 501(c)(3) non-profit facility. Checks can be made out to Sara’s Garden with Kalli’s name on a sheet of paper accompanying the check. Please do NOT write her name directly on the check. You can also donate online via credit card by clicking on the “donate now” button below.

Thank you so much for considering the support of Kalli’s treatments. 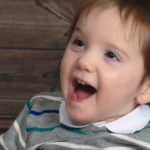 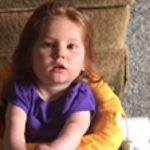