If you have driven by the Hope Center at New Horizons Academy, you probably have noticed the activity at the east end of the building. The students, staff, administration and board of directors are excited to announce that we’ve broken ground on a new addition.

We have always felt that the Hope Center could accommodate 30 students, thus we have moved 10 of our current older students into the new addition of the hyperbaric center. As you can see, we have outgrown our present facility quickly. Thus, in January, the board of directors had extensive discussions about the future of New Horizons Academy. A decision had to be made. The choices were to add onto the Hope Center or reduce enrollment by telling some families their children could not return for the 2014-15 school year.

After much prayer and reflection it became obvious that God was directing us to meet the needs of the children. The decision of the board of directors was unanimous that we, by faith, begin the process to secure a large loan to double the size of the Hope Center. This entire process has been completed. Our expectations are that by the time the new school year begins, we will have 9 more classrooms, a second, larger sensory room, and a specially designed Conductive Education room. The facility will have special lighting along with rooms that have walls designed to absorb sound. This will help all of our students that have sensory disorders. 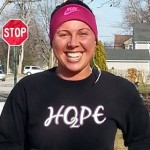 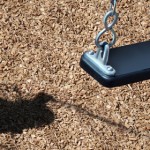 Plans are Forming for a Unique PlaygroundGeneral Announcements