On the early morning of May 9, 2019, Ryan was a passenger in a car that struck a curb traveling at a high rate of speed; the car subsequently hit two trees before reaching its resting point. Ryan was ejected fifty feet from where the vehicle stopped and sustained life-threatening injuries.

He was left alone at the scene of the accident for approximately seven minutes before a passing vehicle stopped to help. He was rushed to the hospital where he would remain in the ICU for twenty-seven days.

During this time Ryan has faced it all: a fractured skull on the left frontal side and traumatic brain injury, fractured femur, arm, tibia and thoracic spinal injuries. A large part of Ryan’s skull was removed in a craniotomy to accommodate the brain swelling, he was put on a ventilator and given paralytics as well as an ICP monitor. After the initial injuries came another series of mountains to climb for Ryan, including a number of infections, pneumonia and many follow up surgeries. Through it all, like the warrior he is, Ryan continued to prove to us that he was in there.

On June 6th Ryan was moved to Advanced Specialty Hospital, and after a few issues there, was moved to Regency Hospital where he stayed, gaining the momentum he needed to return home on October 25th.

We have recently discovered Hyperbaric Oxygen Therapy (HBOT) and Conductive Education (CE) and learned that they have been extremely successful in treating people who suffer from Traumatic Brain Injury. In many cases they have improved the client’s fine and gross motor skills, speech, thinking (cognition), memory, physical healing, etc. We’ve recently learned that there is a facility right here in Northwest Ohio that we can go to called Sara’s Garden. Sara’s Garden is the only non-profit center in the United States to offer both HBOT and CE services and specializes in working with clients with traumatic brain injuries.

Unfortunately, in the United States insurance companies do not recognize HBOT and CE as being therapeutic for the treatment of TBI and therefore will not cover the cost for treatments. That is why we could really use your help. HBOT for TBI is only $100 per treatment and Conductive Education is only $50 per hour at Sara’s Garden. However, since our plan is for Ryan to receive at least 40 HBOT treatments that cost adds up quickly.

If you could assist us with the cost (or even just part of the cost) of a single $100 HBOT treatment or $50 hour of CE it would help reduce our overall expenses greatly. 100% of the funds received go into an account in Ryan’s name and will be used for his treatments. Any contribution made would be considered a tax-deductible donation as Sara’s Garden is a 501(c)(3) non-profit facility. Checks can be made out to Sara’s Garden with Ryan’s name on a sheet of paper accompanying the check. Please do NOT write his name directly on the check. You can also donate online via credit card by clicking on the DONATE NOW button below.

As we all know, Ryan is a fighter and he continues to do just that – to fight! At the seven-month mark, he continues to face each day with a smile on his face. He has a long road to recovery, but with the love and support of his family and friends there is no doubt he will get there.

Thank you so much for becoming a part of Ryan’s journey!

The Family of Ryan Benham. 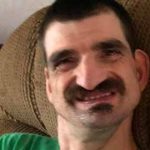 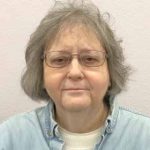