Prior to September 28, 2018, Troy was a normal guy living his typical, everyday life. He was a hard-working business owner who cared deeply about his career and his family. Troy has two kids Airianna who is 4 yrs. and Chase who is 8 months. Troy woke up this fateful day with a bad headache. He called his family doctor and went in to get it checked out. She gave him a shot for a migraine and to be safe, recommended that he get CT scan. Unfortunately, Troy declined getting the CT scan, thinking the shot would work and he would be fine. Little did he know it wouldn’t provide much relief. About 7:30pm that evening, Troy was at work tossing pizzas when got light headed, dropped to the floor and passed out. His employees immediately contacted 911 and after help arrived, they contacted his wife.

When Troy arrived in the emergency room a STROKE code was called due to his left sided weakness. CT scans showed a 99% blockage in his right carotid artery so he was rushed in for emergency surgery. The surgery went well and he was taken back to ICU. The next day, the same artery was blocked again and he was taken back for the same emergency surgery. This time he came back to ICU on the vent. A few days later, doctors noticed that the intracranial pressure (ICP) was rising in Troy’s brain so they inserted a catheter to help relieve the pressure. Unfortunately, that was not enough. A craniectomy had to be done to keep him from hemorrhaging and most likely passing away.

Progress for regaining the use of Troy’s left side has been very slow. That being said, we completed some research and elected to try stem cell therapy, where Troy’s own stem cells were harvested and then reinjected back into specific areas in his body. This procedure had to be paid for completely out of pocket. Following the stem cell procedure, they recommended that Troy receive Hyperbaric Oxygen Therapy (HBOT) treatments to enhance the effect of those helping him and possibly maximizing any chances of improvement. So here we are!

We learned that a typical course of hyperbaric oxygen treatments increases the number of stem cells circulating in a patient’s body by eight-fold. Stem cells, also called progenitor cells, are crucial to injury repair. In many cases, HBOT has improved the client’s fine and gross motor skills, speech, thinking (cognition), memory, physical healing, etc. We believe that this therapy would help Troy significantly and could aid in his recovery process. We learned there is a non-profit facility in Northwest Ohio called Sara’s Garden that provides Hyperbaric Oxygen Therapy and has great success treating individuals with traumatic brain injuries.

Hyperbaric Oxygen Therapy for post stem cell treatment is only $150 per treatment at Sara’s Garden (as opposed to $1,500-2,500 per treatment at a hospital). Unfortunately, in the United States insurance companies do not recognize HBOT as being therapeutic for this process will therefore not cover the cost of the treatments. Since our plan is for him to receive between 20-30 HBOT treatments that cost adds up quickly. We could really use your help!

If you could assist us with the cost (or even just part of the cost) of a single $150 treatment it would help reduce our overall expenses greatly. 100% of the funds donated will go into an account in Troy’s name and will be used for his treatments. Any contribution made would be considered a tax-deductible donation as Sara’s Garden is a 501(c)(3) non-profit facility. Checks can be made out to Sara’s Garden with Troy’s name on a sheet of paper accompanying the check. Please do NOT write his name directly on the check. You can also make donations online via credit card by clicking on the “DONATE NOW” button below.

Thank you so much for considering to support Troy’s treatments at Sara’s Garden! 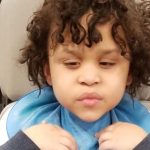 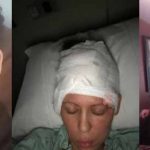