On July 3, 2021, Wyatt was on his way to work on his motorcycle when another driver ran a stop sign in front of him. He was not able to stop. Witnesses at the scene reported that he tried to jump from the bike to avoid the collision and hit the man’s windshield. Thankfully, he was wearing his helmet or he would not be alive today.

Wyatt’s lungs collapsed. His colon, spleen, and liver were lacerated. He had to have emergency surgery to repair his organs. He was vented and a bolt was placed in his skull to monitor the pressure in his brain. Thankfully, the pressure never rose. He had facial fractures and skull fractures along with a head laceration. He then had to have a second surgery to remove the packing from his liver and spleen and remove his appendix.

His lungs were very badly bruised. Despite being placed on the highest vent settings, he was still not receiving enough oxygen so he was placed in a RotoProne bed for 3 days. Unfortunately, he developed pneumonia the first week in the ICU and it was discovered that his left lung was also lacerated. He had two chest tubes in the left lung and one in the right lung and spent 21 days in the ICU. A little over a month after the accident, Wyatt was transferred to a rehabilitation hospital for inpatient intensive rehab. He stayed there for three weeks before finally being able to come home on September 1, 2021.

Wyatt has a severe traumatic brain injury. He has significant issues with his short-term memory. He went to a movie with his identical twin brother and couldn’t remember what movie he saw when he got home. He also has 3½ year retrograde amnesia which makes life very interesting. He doesn’t remember that his brother is now attending Ball State. He thinks they are still in high school. Last year, we switched bedrooms since both boys were in college. Wyatt doesn’t understand why Sophie, his younger sister, is in his bedroom.

We are so thankful for all of the doctors, nurses, caregivers and friends that have helped us through such a difficult time. We know that Wyatt has a long, difficult journey ahead of him so we continue to search for every possible treatment option available in order to give him the greatest opportunity for a bright and independent future.

We recently discovered Hyperbaric Oxygen Therapy (HBOT) and learned that it has been extremely successful in treating people who suffer from Traumatic Brain Injuries (TBI). In many cases, HBOT has improved the client’s fine and gross motor skills, speech, thinking (cognition), memory, physical healing, etc. We’ve recently learned that there is a non-profit facility called Sara’s Garden that specializes in working with clients with brain injuries and countless other conditions.

Unfortunately, in the United States insurance companies do not recognize HBOT as being therapeutic for the treatment of TBI and will therefore not cover the cost of the treatments. That is why we could really use your help. HBOT for TBI is only $100 per treatment at Sara’s Garden. However, since our plan is for Wyatt to receive at least 40 HBOT treatments that cost adds up quickly.

If you could assist us with the cost (or even just part of the cost) of a single $100 treatment it would help reduce our overall expenses greatly. 100% of the funds received will go into an account in Wyatt’s name and will be used for his treatments. Any contribution made would be considered a tax-deductible donation as Sara’s Garden is a 501(c)(3) non-profit facility. Checks can be made out to Sara’s Garden with Wyatt’s name on a sheet of paper accompanying the check. Please do not write his name directly on the check. You can also donate online clicking on the DONATE NOW button below.

Thank you so much for considering to support Wyatt’s treatments! 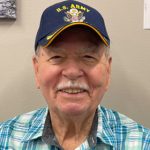 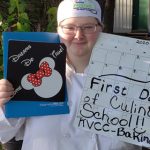