A Pirate Christmas stole hearts and shared the spirit of Christmas!

After a one year hiatus due to COVID, New Horizons Academy’s annual Christmas musical returned to the Pettisville Missionary Church stage on December 14, 2021. The musical featured pirates and elves stealing our hearts and sharing the spirit of Christmas in A Pirate Christmas: The Musical by John Jacobson and Roger Emerson.

The sentiment heard over and over throughout the evening was “I’m so glad to see our kids back up on the stage. They are true stars and inspirations to us all!”

Just like the exhausted elves in the musical had to confront the rollicking pirates to find their inspiration and Christmas spirit, NHA’s special needs kids confronted their anxiety, fears, nerves, and stage fright to show us all the true meaning of courage and Christmas.

The contingent of vacationing elves was led by Head Elf Rebecca Myers and the legendary White Beard (aka Santa Claus) Josiah Acevedo while the salty crew of pirates were led by the Pirate Captain Anne Deffenbaugh and the Tiny Pirate Vivian Beck as together, they discovered what true treasure really is.

Together, they performed Island Christmas; Pirates All Are We; Give and Take; Head, Shoulders, Knees, and Boots; He’s a Pirate; It’s Cool To Be Cool; Christmas Joy; Blimey Carols; and Silent Night.

In addition to the cast of elves and pirates, NHA students served as:

This inspirational, Christmas musical was made possible by our dedicated NHA staff and teachers, especially Music Teacher Melissa Valentine. This was her creation and brain child. Without Melissa, this Christmas miracle would not have been possible. Without all of her hard work, vision, dedication, and creativity, the show would not have gone on. She found or created the absolute perfect role for each of our students’ abilities and personalities and corralled and coached over 100 of our special needs kids through the entire Christmas show. Melissa was truly our North Star, leading the way to Christmas! 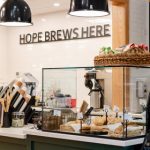