In every cell in the human body there is a nucleus, where genetic material is stored in genes. Genes carry the codes responsible for all of our inherited traits and are grouped along rod-like structures called chromosomes. Typically, the nucleus of each cell contains 23 pairs of chromosomes, half of which are inherited from each parent. Down Syndrome occurs when an individual has a full or partial extra copy of chromosome 21. A medical term for having an extra copy of a chromosome is ‘trisomy.’ Down Syndrome is also referred to as Trisomy 21.

This extra chromosome 21 leads to the physical features and traits that can occur among individuals with Down Syndrome. It changes how the baby’s body and brain develop, which can cause both mental and physical challenges. Researchers know that Down Syndrome is caused by an extra chromosome, but no one knows for sure why Down Syndrome occurs or how many different factors play a role.

Brendan’s Down Syndrome diagnosis at birth came as a surprise to his parents; nothing in his mom’s ultrasounds during her pregnancy suggested the possibility of Trisomy 21. Their initial reaction was naturally to be scared and overwhelmed. However, they were able to see him for him, and the diagnosis quickly turned into something they absolutely loved about him. While Down Syndrome may be an irrevocable factor in the equation of Brendan’s life, it does not adequately define who he is, what challenges he will or won’t overcome, or predict who he will become.

As with many children born with Down Syndrome, Brendan had developmental delays in speech, fine and gross motor skills and experienced sensory issues. Additionally, Brendan had a few health problems early on that also led to delays in his development. His family worked hard to put Brendan in programs and therapies that would help with his development and increase his chances for independence. From an early age, he was in speech therapy, occupational and physical therapy. He also did hippotherapy (horseback riding) to strengthen his core muscles due to low muscle tone. All of these therapies were instrumental tools in overcoming early challenges in Brendan’s development.

When it came time to send Brendan to school, his family was faced with a new challenge. Where should they send him? Some children with special learning needs can experience difficulties in school, ranging from physical differences, problems with concentration, learning, speech, language, and perception to problems with behavior and/or making and keeping friends. All children need to feel a sense of belonging in ways that elicit positive responses from those around them. Sometimes, a child with special needs can alienate themselves from others when attempting to have their unique requirements met. This can result in the child feeling even more isolated.

Even though they lived in Toledo, Brendan’s mom worked near the New Horizons Academy campus in Wauseon and had heard many positive things about the school. After touring the facility and meeting with the staff they knew this was where they wanted Brendan to attend school. They were impressed, knowing there was so much that NHA had to offer their son. They decided to move forward with applying to NHA’s new campus location in Springfield.

It didn’t take long for Brendan’s family to begin seeing positive results. Within the first couple of weeks, they started observing noticeable improvement in everything from Brendan’s communication, motors skills, social skills, and even using the bathroom. They were amazed that they were noticing progression in all aspects of his development… and continue to do so.

Brendan is communicating his wants and needs much more than ever before. He is forming multi-word communication and using his manners so well. He has become more independent at home and in social environments. The friendships that Brendan has made have been key to him being willing to help, share and play with others. Brendan’s family has been extremely excited because they see the benefits first hand. They have repeatedly made comments about how there has been such a difference in Brendan and how great NHA has been for him.

Brendan’s mom stated, “We feel blessed and appreciative. Brendan has become more independent with life skills at home. We have noticed his behavior in social settings has improved and he is much more interactive. Brendan absolutely loves his school. He looks forward to going everyday! We are so thankful that this opportunity has been given to Brendan.”

His teachers and therapists have noticed Brendan’s progress as well, noting that when he started at NHA, he was shy and hesitant. Quickly, he started to find his voice. He has become this outgoing, outspoken child. He has such an infectious smile and a big heart! One teacher commented, “It has been so amazing to observe Brendan and be a part of his growth this past year.” The challenges Brendan has overcome and strides forward he has made in this short amount of time is so exciting and his family very is confident that, based on what they’ve seen so far, this will continue.

No matter what you have been told, there is hope. Hope for a child to emerge into the independent adults we as parents pray for. There is hope for those who were told they would not learn, or walk, or talk. That hope, is rekindled through the work that is happening at New Horizons Academy. The loving, caring and true compassion that is shown to each and every student, no matter how difficult their condition, disability, or behavior might be, is where the success story starts.

If you are looking for a caring school environment or a place where your special needs student can grow, thrive, and become as independent as he or she possibly can, then please consider calling us at 419-335-7272 and setting up a tour of New Horizons Academy… Where kids come first! 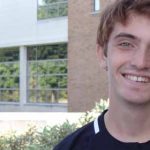 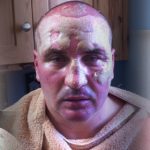