As most of you know, on Feb 17, 2019, our lives changed forever. My daughter, Kennedy, was visiting with her father from out of town. She started complaining of a terrible headache. As time went on, she began vomiting and then became unresponsive. Getting the call from her father was the most horrific call a parent could ever get. Kennedy was unresponsive and barely breathing. We immediately rushed her to the hospital where she had to be intubated before she was life-flighted to another hospital.

My heart was not prepared for what I heard next. Kennedy’s CT scan showed a 3.6 by 3.5 cm mass in her brain. On Feb 20th, 2019, surgery was performed to biopsy and remove the tumor that was pushing on very crucial areas of her brain. She was extubated Feb 23 and discharged home after 2 and a half weeks in the hospital.

Kennedy’s brain tumor was diagnosed as a Juvenile Pilocytic Astrocytoma (JPA). A JPA is a cystic (fluid-filled) tumor, not a solid mass. On the WHO’s grading scale, a JPA is a Grade I tumor, highly unlikely to grow or to spread to other areas. Unfortunately, Kennedy still suffers from side effects of the tumor. She experiences Cranial Nerve IV palsy in her right eye. This causes her to have intermittent double vision due to both eyes not working together due to weak muscles and soft damage to the nerve. She also deals with convergence insufficiency that interrupts visual reading strength, some swallowing difficulties, right-side weakness, mild personality and cognitive changes, as well as emotional trauma.

Kennedy has recently been discharged from OT, PT and speech therapies. She still receives emotional support through our church (Emmanuel Baptist Church), The Victory Center, and Cancer Connection. She does various alternative therapies such as massage, art, and yoga at the Victory Center as well. She also receives various herbal therapies and gets routine MRI’s every 6 months.

We are so thankful for all of the doctors, nurses, caregivers, family and friends that have helped us through such a difficult time. We know that Kennedy has a long, difficult journey ahead of her so we continue to search for every possible treatment option available in order to give her the greatest opportunity for a bright and independent future.

We have recently discovered Hyperbaric Oxygen Therapy (HBOT) and learned that it has been extremely successful in treating people who suffer from tumors, nerve damage traumatic brain injury. In many cases it has improved the client’s fine and gross motor skills, speech, thinking (cognition), memory, physical healing, etc. I’ve learned that there is a facility right here in Northwest Ohio that we can go to called Sara’s Garden.

Unfortunately, in the United States insurance companies do not recognize HBOT as being therapeutic for the treatment of these conditions and therefore will not cover the cost for treatments. That is why we could really use your help. HBOT for Kennedy is only $100 per treatment at Sara’s Garden. However, since our plan is for her to receive at least 40 HBOT treatments that cost adds up quickly.

If you could assist us with the cost (or even just part of the cost) of a single $100 HBOT treatment it would help reduce our overall expenses greatly. 100% of the funds received go into an account in Kennedy’s name and will be used for her treatments. Any contribution made would be considered a tax-deductible donation as Sara’s Garden is a 501(c)(3) non-profit facility. Checks can be made out to Sara’s Garden with Kennedy’s name on a sheet of paper accompanying the check. Please do NOT write her name directly on the check. You can also donate online via credit card by clicking on the “DONATE NOW” button below.

Thank you so much for considering to support Kennedy’s treatments at Sara’s Garden! 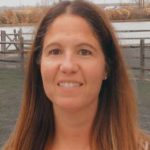