In many ways, Rylee is a typical 10-year-old girl.  She rolls her eyes, sighs in annoyance, loves fashion, glitter, music, and food. She enjoys riding her therapy horse, participating in an adaptive ice skating program, swimming & also playing Miracle League Baseball. Unfortunately, due to a very rare genetic disorder known as CDKL5, Rylee is unable to verbally communicate, unable to walk, and has very limited motor skills. She also suffers from rare “spasms” or seizure-like activity.

By the time Rylee was 6 months old, it was apparent she was not developing as a typical infant. She could not roll over, hold her bottle, sit up unassisted nor was she making any noises or mirrored gestures. We visited more than five children’s hospitals all over Ohio where she was tested for countless conditions. The result was always the same: Rylee had nothing wrong with her and was just a little developmentally behind.

When Rylee was 5 years old, we were shown a YouTube video about a very rare disease known as CDKL5 (Cyclin-Dependent Kinase-Like 5). CDKL5 is a gene that provides instructions for making a protein and is essential for normal brain development. Symptoms involve hand ringing, infantile spasms or seizure-like activity, delayed gross and fine motor skills, digestive issues, sleep apnea and more. A quick blood test and a two-week waiting period would show that Rylee indeed had CDKL5. We FINALLY had a diagnosis! I remember being relieved that she had a diagnosis, that we could finally have some sort of direction as to a plan for her life. Over the years, we have spent countless hours each year driving to and from doctor visits and therapy sessions.  Rylee currently participates in around 30 hours a week of therapy outside of our home.

About five years ago, we discovered Sara’s Garden in Wauseon Ohio.  Sara’s Garden provides Hyperbaric Oxygen Therapy, Conductive Education, and Sensory Integration services. After much research, I was convinced that these services would be crucial for Rylee’s development.  Rylee has been a part of the program and treatments at Sara’s Garden several times.  Every time she attends, she gains improvement with her strength and her communication abilities.

We would like to attend Sara’s Garden again during this summer. Unfortunately, in the United States insurance will often not reimburse for HBOT treatment or Conductive Education for CDKL5, even though there is an acknowledgment that it may be therapeutic. That is why I could really use your help. HBOT for Rylee is only $100 per treatment, however, she will complete 20-40 HBOT treatments. Conductive Education and Sensory Integration during June for Rylee this year is $1680.  As you can imagine, the cost quickly adds up.

If you could assist us with the cost (or even just part of the cost) of a single $100 HBOT treatment or part of the intervention services, it would help reduce our overall expenses greatly. 100% of the funds received go into an account in Rylee’s name and will be used for her treatments.  Any contribution made would be considered a tax-deductible donation as Sara’s Garden is a 501(c)(3) non-profit facility. Checks can be made out to Sara’s Garden with Rylee’s name on a sheet of paper accompanying the check.  Please do NOT write her name directly on the check. You can also donate online via credit card by clicking on the “donate now” button below.

Thank you so much for considering supporting Rylee and even more for your continuous love and support of Rylee! 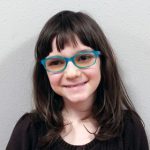 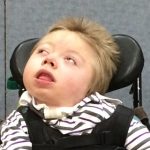