On June 21, 2014 Sara’s Garden and the Northwest Ohio Volunteer Firemen’s Association (NOVFA) will be conducting a raffle drawing. Tickets are only $10.00 for a chance to win $1,000 cash. Proceeds from the raffle will go to support both Sara’s Garden and the participating fire stations of the NOVFA.

Tickets may be purchased at the Sara’s Garden main office or at the following participating NOVFA fire stations:

Sara’s Garden appreciates the unwavering dedication and often perilous service rendered by the fire fighters who daily place their lives in harms way to protect their communities. It is an honor for Sara’s Garden to serve these heroes in return. As part of our partnership with the NOVFA, Sara’s Garden is offering free Hyperbaric Oxygen Therapy treatments to any fire fighter from these participating stations who is injured in the line of duty.

Everyday fire fighters in the United States place their lives in danger to protect those in the communities in which they live. Our hope is to be a valuable resource to these brave men and women in helping them heal and recover faster if they are injured while responding to a call. 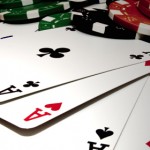 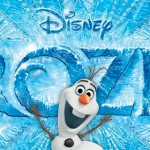