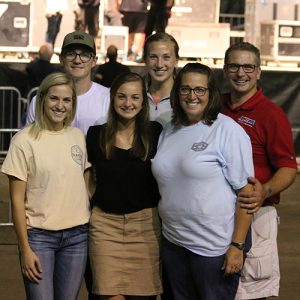 Would you run into a burning building when every instinct and impulse firing in your brain is telling you something else? There are many times that people are presented with this seemingly unanswerable question… a conflict between what we can possibly save and what we are risking to lose.

Sunday, March 29th is a day that Clayton and his family will never forget. Clayton noticed smoke coming from the barn that housed dairy goats his daughters were raising for their 4H projects. Upon seeing the smoke, he ran to the barn to investigate. Unfortunately, when he opened the barn door, the rush of air caused the smoldering straw to ignite.

Despite the potential danger, Clayton ran into the burning barn multiple times in an attempt to save as many of the goats as possible. He was able to save three baby and two adult goats before deciding it was too dangerous to continue going back into the barn. Unfortunately, other than the five goats he was able to save, the barn, the remaining goats and all of its contents were a complete loss.

When the paramedics arrived on the scene, they determined that Clayton was in urgent need of medical attention. Because he had inhaled smoke and breathed in the heat of the fire, the paramedics proceeded to sedate and intubate him for fear that the damage to his trachea and lungs would cause severe swelling and restrict his breathing, causing his airway to fail. They also determined that he had sustained numerous 2nd and 3rd degree burns on his face, neck, head, fingers, hands and right knee. Life Flight was called to the scene and Clayton was rushed to the hospital.

The burns were so severe that Clayton was unable to perform any daily activities or care for himself. His wife became his caregiver following his return home from the hospital. Twice a day, the burns required scraping, cleaning and dressing changes to avoid contracting any infections. The injuries were extremely painful and required special compression garments.

Fortunately, Clayton was able to begin hyperbaric treatments at Sara’s Garden immediately following his release from the hospital. Initially, the treatments were very painful and Clayton questioned whether he would be able to do a full series of treatments. The severity of his burns made him extremely sensitive to temperature changes and heat intolerance. Being in the chamber for extended periods of time was difficult for him to tolerate. Clayton was very thankful at how much effort the staff made to help him relieve his pain and discomfort by packing him with ice bags to cool him down.

Within several weeks of treatment, new skin growth began to appear. The doctors at the burn clinic would comment about how quickly Clayton was healing and remark that he was progressing much more rapidly than they would have anticipated. They were thrilled that Clayton was displaying an accelerated healing process, had a reduction in noticeable scar tissue, and was seeing a quicker return to more normal skin pigment.

Clayton often hears comments from people who saw him at my worst right after the accident. They marvel at how well his healing went. When he tells his story and explains his burns and everything he went through, many people say that his scars and burns are not very noticeable and that if he hadn’t said anything they would not have even noticed.

Clayton and his family are extremely thankful for all the prayers and support they received following his accident. They are eternally grateful that their community of friends and church stepped up to assist with the costs of treatment. They know that God works things out according to his plan and believe he used the great staff and facility of Sara’s Garden to provide the healing he so desperately needed during that time. They know it would be impossible to thank everyone who played a role in providing care and support to their family during that time.

Thanks to the healing power of the great physician, Jesus Christ and Hyperbaric Oxygen Therapy at Sara’s Garden, Clayton has his life back. No matter what you’ve been told, there is hope… for this and many other conditions. HBOT is treatment without drugs… without surgery… without pain. 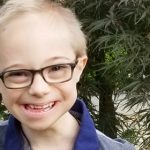 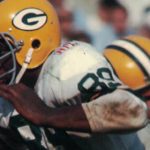