Hearing the words “Your cancer has returned.” can be very alarming. Finding out that the only recommended course of action is the removal of your entire colon is downright terrifying.

In 2008, a routine colonoscopy revealed a large tumor in Matt’s ascending colon. During surgery to remove the tumor it was discovered that it had breeched the wall of the colon and was sticking to the small intestine. The surgeon was able to successfully perform resections of both the colon and small intestine, removing over a foot of each.

Following six months of chemotherapy, Matt was placed on a preventative checkup program consisting of quarterly blood work and annual CT scans and colonoscopies. For five years, reports came back successful and life went on as usual. In early 2014, Matt’s oncologist noted that his cancer markers appeared to be going up after reviewing his latest blood work. A CT scan was ordered and showed thickening in the walls of the cecum.

A followup colonoscopy found that a small tumor the size of a dime had started to form in his ascending colon. Knowing Matt’s family history with cancer, his doctor recommended that he see a colorectal specialist. After reviewing the medical history of Matt and his family, the specialist was convinced that Matt had Lynch syndrome.

Lynch syndrome is an inherited, genetic condition that gives a person an increased lifetime risk of developing colorectal cancer and other related cancers. Several genes have been identified that are linked to Lynch syndrome. They include MLH1, MSH2, MSH6, PMS2, and EPCAM. These genes are involved in the repair of mistakes that occur when DNA is copied in preparation for cell division (a process called DNA replication). Mutations in any of these genes prevent the proper repair of DNA replication mistakes. As the abnormal cells continue to divide, the accumulated mistakes can lead to uncontrolled cell growth and possibly cancer.

Genetic testing confirmed that Matt did indeed have Lynch syndrome due to a mutation of the MSH2 gene. According to the specialist, the recommended protocol for someone with Lynch syndrome is to remove the entire colon at the first sign of colon cancer and that Matt’s colon should never have been re-sectioned and left in before.

Surgery to remove Matt’s colon was performed in May 2014. After spending a week in the hospital, Matt returned home to continue his recovery. Unfortunately, the recovery did not go as planned. He began experiencing constant fever, severe dehydration and a complete loss of appetite. Less than a week after returning home, Matt was standing at his bathroom counter brushing his teeth when he felt his feet getting wet. Looking down, he saw fluid pouring out of the incision in his abdomen. Doctors instructed him to put a dressing on the incision to try and stem the flow of fluid. Days passed, and the incision continued to discharge fluid. Matt’s dressings had to be changed multiple times throughout the day as the fluid would soak through and spill out onto his clothes. The more he moved, the worse it got. Before long, more holes had opened up in Matt’s abdomen and his incision was dangerously close to tearing completely open.

Matt was finally readmitted to the hospital as surgeons and infectious disease specialists scrambled for answers. Matt went through countless tests and received many different antibiotics in hopes of determining what was causing this infection and buildup of fluid.

After a week in the hospital, the infection was still present and the fluid was still coming out of the open wounds in the incision. However, since Matt’s temperature had come down and he was once again able to eat food, he was released from the hospital to continue his recovery at home. Matt was sent home with a wound vac attached to his abdomen and a PICC line inserted in his arm. He was to continue receiving daily IV antibiotics in hopes of fighting this infection.

Unfortunately, the infection did not go away. His weekly blood work showed that the infection levels remained unchanged throughout the course of the summer. Matt had no energy. After attempting to work only partial days, Matt would return home and fall asleep, often unable to even spend time playing with his son. Doctors again changed the antibiotics to no avail. There was a growing conflict between the surgeon and the infectious disease doctor as to what the correct course of action should be.

In August, Matt asked his infectious disease doctor if Hyperbaric Oxygen Therapy would benefit him in treating his infection. She responded emphatically that, no, it would not help. She said that the infection was far too shallow and that HBOT would not do anything to affect it.

After dealing with this problem for over 2 ½ months Matt and his family had enough. On Monday, August 11th, Matt had his usual blood draw to determine his current infection levels. He started Hyperbaric Oxygen Treatments the very next day. Every week for the next three weeks, Matt’s blood work showed that his infection levels cut in half each and every time. By the end of his third week of treatments all of the pertinent markers in Matt’s infection levels were back in their normal ranges.

Matt’s doctors were astonished at how quickly Matt’s infection levels had come down and that the open wounds had stopped hemorrhaging fluid. Matt was able to discontinue the use of the wound vac and have his PICC line removed. He no longer needed the daily IV antibiotics or wound dressings. Matt continued to receive HBOT treatments over the next three weeks to aide in the healing and closing of the holes that the infectious fluid had opened in his incision.

In just three short weeks, HBOT had done what an entire summer of antibiotics couldn’t. HBOT was able to overcome the infection that had controlled Matt’s life and assisted in expediting his healing process. Thanks to Hyperbaric Oxygen Therapy at Sara’s Garden, Matt once again had his life back, and family had their husband and father back. He now had the energy and absence of pain that allows him to enjoy spending time playing with his son! No matter what you’ve been told, there is hope… for this and many other conditions. HBOT is treatment without drugs… without surgery… without pain. 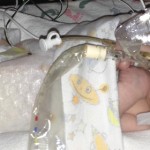 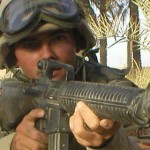