Hope and Healing: One Woman’s Story

Active. Dedicated. Ambitious. Engaged. Successful… All fitting words to describe Barb’s professional career, home life and church ministry. For over 40 years, Barb enjoyed balancing a challenging corporate sales schedule together with fulfilling family time and volunteer work. Ultimately, the stress from her work demands and environmental exposure to chemicals throughout her career took its toll on her health and she was hospitalized multiple times for congestive heart failure, ovarian cancer and uterine cancer.

Even after retiring in 2008, Barb continued to stay active in her church and with her grandchildren, volunteering to help with numerous events and activities. All that changed on Christmas Eve of 2018 when Barb suffered a stroke. Unfortunately, Barb mistook the symptoms of her stroke for chemical toxicity as she had been varnishing furniture and thought she had simply inhaled too many fumes. After nearly a week, a friend came to visit and after talking with Barb, immediately recognized her symptoms as that of a stroke and immediately took her to the hospital.

While at the hospital, she learned about the benefits of Hyperbaric Oxygen Therapy (HBOT) for stroke survivors. Her doctor informed her that because HBOT was not an insurance reimbursable condition for the treatment of stroke, she should contact Sara’s Garden. Friends and neighbors agreed that Barb should try HBOT as they had heard and seen great things from the treatments in their own lives. It was from her hospital bed, that Barb first reached out to Sara’s Garden for help.

Following her stroke, Barb could not speak in good, clear sentences. Her thought patterns were erratic and her sequencing was extremely jumbled. She was told that she didn’t make a whole lot of sense when speaking to others. Additionally, she was very tired, lacked ambition and could hardly use the right side of her body or turn over in bed. She was dizzy and unbalanced and had to use a walker at all times to get around. She could not text on her phone, type on a computer or open jars or packaging of any kind. For a woman who had been successful and independent her entire life, it was extremely frustrating for Barb to be so limited in just about everything she tried to do.

It was not long after starting HBOT treatments that Barb started noticing benefits… not huge leaps, but slow and gradual improvements in her speech, memory, cognitive thinking and overall mental capacity. Her attention span increased and her vision improved. Barb’s thought processing became clearer as did her ability to reason and make sense. The fears that had been experiencing left her and she regained her confidence to tackle jobs and tasks around the house. While she still had some difficulties with her mobility, she became much more stable on her feet.

Her friends and family were thrilled to see Barb asking like her old self again. Her favorite comment that she received from a friend was when they said, “I think you are smarter now than before you went to Sara’s Garden.” Barb is now back at church regularly and even did all the craft teaching for their Vacation Bible School. Her family is happy that she is active again and back to doing more around the house. She is able to do laundry, yard work and shopping. Cooking can still be challenging at times but compared to before it has greatly improved. Most importantly, Barb is once again able to babysit her granddaughters and meet all of their needs. According to Barb, her life has done a complete turnaround over the past six months.

Barb can not say enough about her time at Sara’s Garden and the benefits she received from Hyperbaric Oxygen Therapy. She laughs that she may sound like a broken record to her friends because she talks about HBOT everywhere she goes and with everyone she meets. HBOT has given her a new lease on life as she is once again able to reason and physically able do virtually everything she could do before her stroke.

According to Barb, “It is because of Hyperbaric Oxygen Therapy that I am where I am today. The love of God and people shines in the face of every caregiver, teacher and administrator at Sara’s Garden. Just being in the presence of the staff is uplifting and beneficial. I have observed more positive and encouraging behaviors toward children and people of needs at Sara’s Garden than any place else on earth! It truly is a labor of love from God!” 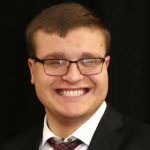 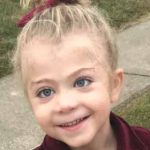