PTSD Goes Far Beyond the Battlefield

When someone suffers a violent or horrifying experience, the trauma can often follow them around for years. From accident victims to soldiers, countless people have found themselves haunted by traumatic life-changing experiences. Whether one simply witnesses or is directly involved with the event, the experience can have profound psychological effects on the individual.

While car crashes, shootings, floods, fires or assaults can happen to anyone at any time, the rate of Post-Traumatic Stress Disorder (PTSD) following a brain injury is much higher in veterans than civilians, most likely because they often serve multiple tours and encounter prolonged exposure to intense combat.

Gordon joined the Army in February 2000, serving nearly 14 years as an infantryman. During his time in the service Gordon spent 3 tours, spanning over 35 months, in Afghanistan as a Staff Sergeant 1st Class in the Third Platoon, Bravo Company, 2nd Battalion, 87th Infantry Regiment. His platoon’s missions, heroics, struggles and losses were featured in the New York Times Bestseller, Outlaw Platoon.

During one such mission, Gordon’s Humvee was hit by a rocket-propelled grenade as his platoon guarded its forward operating base. Gordon crawled into the injured gunner’s hatch, taking over the M2 .50 caliber machine gun and returned fire throughout the ensuing six-hour battle, stopping the advance of enemy forces. He was hit by shrapnel in his right arm and left foot

Because of the numerous firefights and intense explosions that Gordon experienced, he began suffering painful and concerning symptoms such as headaches, avoidance, insomnia, depression, isolation and back pain. For soldiers like Gordon, these emotional, physical and behavioral changes can begin to have devastating effects on their interpersonal life.

Ultimately, Gordon was medically retired from the Army in 2014 due to the numerous injuries he sustained overseas. He earned both a Purple Heart and a Bronze Star for his meritorious service and sacrifice. It didn’t take long to realize that transitioning back to civilian life was going to be harder than expected. Gordon, like many other soldiers returning home from service, continued to fight a battle on multiple fronts, coping with the damaging effects of the brain injuries and associated Post-Traumatic Stress Disorder he suffered from combat-related blasts. The trauma from what he had seen and experienced began to take its toll on his personal, family and work life.

If left untreated, PTSD can, and often does, spiral into other more serious problems such as panic disorders, substance abuse, depression, and suicidal feelings. Sadly, many of our veterans are not getting access to the treatments they need to heal the actual brain injury. Instead, their symptoms are simply being masked with prescription medications while the source of the problem is left untreated. The unfortunate result is that our veterans end up on countless medications for depression, anxiety, concentration, sleeplessness and pain. Treatments are available to treat the brain injury but they are not being prescribed, because they are considered “off-label” and therefore not covered by insurance in the United States.

Thankfully for Gordon, his family helped him recognize that the issues he was facing were very serious and found help for him in the form of Hyperbaric Oxygen Therapy (HBOT). Gordon, while hesitant and cautious, was willing to try anything if it meant finding relief from the migraines that were consuming him. The twelve prescription medications he was taking were still ineffective in helping him escape the pain.

After beginning HBOT, Gordon was both thrilled and relieved to discover that the debilitating headaches that had controlled his life for so long were beginning to subside. He also began to see recognizable improvements in other areas of his life as well. The pain in his back began to abate and he began sleeping restfully through the night, something he had not experienced in years. By the end of his treatments, Gordon’s headaches were nearly gone. He was able to reduce the need for his prescriptions to the point where he was only taking two medications.

Before receiving HBOT, Gordon could not spend time in crowds or large groups. It was too overwhelming for him and he felt as if he were in a constant high alert state, his combat instincts lurking just below the surface. The Gordon that others had known before his time in the service, was no longer compatible with who he was now. He felt awkward around other people and was not communicative. He was depressed and preferred to be alone but didn’t know why.

HBOT changed all that. Gordon can now comfortably spend time in groups and even goes up to people to initiate conversations. His family loves that he finally has his sense of humor back. He actually laughs again. He is no longer on edge all the time, living with a heightened sense of anxiety. Afghanistan had become a dividing line in Gordon’s life. Thanks to Hyperbaric Oxygen Therapy at Sara’s Garden, Gordon has been able to surge past it and rebuild much of what had been lost. He claims that he has finally been able to get his life back.

Awareness of TBI and PTSD has increased greatly in recent years. However, it seems like the more we learn about these devastating conditions, the more there is to know. Our prayer is that, in time, awareness of the positive effects HBOT can have for these warriors suffering from TBI and PTSD will increase as well, so that more of America’s heroes will have access to this life-changing treatment. 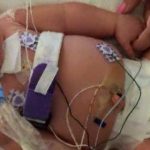 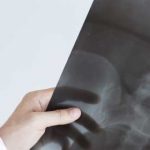