Renewed Dreams Grow in the Garden

For some parents, learning that their child has Autism comes with a sense of sadness and worry as their fears are finally confirmed. Others experience relief, thankful that they have an explanation after years of doubt and questioning regarding their child’s differences and difficulties. For many others, receiving a diagnosis of Autism comes as a complete and total shock.

Chase’s parents experienced a mixture of all three reactions. As Chase grew, his family noticed that he seemed to play differently than his older brother and sister. He preferred to play alone. Initially, they simply chalked this up to Chase being independent. He liked trains and would place them in a straight line, but they gave it very little thought because that’s just what you do with trains. However, as time went on, they noticed he would do the same thing with refrigerator magnets, blocks and cars.

Something just seemed to be different about Chase, especially when compared to other children his own age. He tended to become overly focused on certain objects, rarely made eye contact and failed to engage in typical toddler babbling. His parents became more concerned as time went on. Chase seemed to get angry or had emotional outbursts, especially when he was placed in new or overly stimulating environments.

When Chase was two years old, a family member with an autistic child suggested that they should have him tested. Chase’s parents took him to two different doctors who both diagnosed him with Autism Spectrum Disorder (ASD). Concern… relief… shock. Having Autism wasn’t part of the dream when they started a family. At times, they felt overwhelmed, attempting to process all of the information being thrown at them all while trying to make the right decisions for their son.

Unfortunately, this is the reality for many families today. According to the CDC, about 1 percent of the world population has Autism Spectrum Disorder. More than 3.5 million Americans live with ASD. The prevalence of Autism in the United States has increased dramatically since the year 2000, rising from 1 in 150 children to 1 in 59 children.

Ultimately, Chase’s path led his family to Sara’s Garden and New Horizons Academy for Hyperbaric Oxygen Therapy and Autism Intervention services. They had heard of how these life-changing services had benefited other children with Autism and wanted to do whatever they could for their son.

Following his first found of 40 HBOT treatments, Chase’s parents noticed that he was becoming more aware of his surroundings. He began babbling for the first time in his life. He started making eye contact and began expressing an interest in spending time with other people. His parents were so thrilled with his progress that they had him complete a second round of treatments where he continued to build on the successes and growth he had received during his first round.

The teachers and paraprofessionals who worked with Chase at New Horizons Academy noticed drastic changes begin to take place as they provided Autism Intervention services. He became so much less frustrated as his words began emerging and he was able to express himself and be understood by others. His social interaction also grew dramatically as he began to play and interact with his peers. Chase was making great gains and meeting milestones that his parents had previously feared might never be achieved.

Before coming to Sara’s Garden, Chase’s parents had many questions about their son’s future. Thanks to Hyperbaric Oxygen Therapy and Autism Intervention services at Sara’s Garden, Chase’s family has been given a newfound hope and state that they are “grateful beyond words for what they’ve done, and continue to do, for our Chase”. They can now see their son’s emerging potential and have renewed dreams for his future.

Hope for a child to emerge into the responsible adults we as parents pray for. There is hope for those who were told they would not learn, or walk, or talk. That hope, is rekindled through the work that is happening at Sara’s Garden and New Horizons Academy. The loving, caring and true compassion that is shown to each and every client, no matter how difficult their condition, disability, or behavior might be, is where the success story starts. Come join us and you’ll see what is possible for a child who has been labeled as “different”.

No matter what you have been told, there is hope… and Sara’s Garden can help you find it. 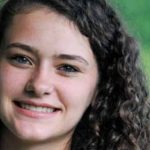 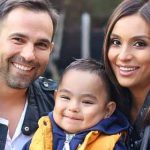