An Angel Spreads His Wings

Solange has always referred to her son Jose as her angel. He was born a healthy, happy baby. However, when Jose was just 18 months old he contracted a virus that led to a multi-organ system failure. He was first diagnosed with Hemolytic Uremic Syndrome and required dialysis, blood products and respiratory assistance.

As time went on Jose began to improve physically but his cognitive abilities seemed uncertain and he still required intensive care. Further complications ensued when Jose began convulsing during a meal. He aspirated milk into his lungs causing him to suffer a stroke. From this moment on, Jose did not develop as he should either physically or cognitively. Jose’s official diagnosis was Cerebral Palsy but he exhibited strong Autistic tendencies and traits.

By the time Jose was eight years old, he was still unable to stand or take steps independently. He crawled everywhere he needed to go. His mother had to walk behind him, holding him around the chest in order to provide the balance and support he needed to take steps. She also had to feed him at every meal as he was unable to grasp utensils or his glass by himself. He had very minimal verbalizations and was not able to follow even simple requests. He displayed almost no emotion and would not notice or acknowledge anyone entering or leaving the room.

Jose’s family was told that he would never walk independently. They were told he would not have the strength or coordination to pedal a bicycle and he would never be able to communicate beyond a few unintelligible syllables. He would spend the rest of his life in a wheelchair and need constant care and supervision.

Thanks to a loving and supportive community, Jose’s family was able to travel to Sara’s Garden from New York City in June 2012 so he could receive Hyperbaric Oxygen Therapy and Autism Intervention services. By the end of his initial month of treatments Jose was starting to do things on his own. He started to initiate standing and began taking steps with minimal assistance. At meals he began holding his own drink and started using the utensils to feed himself.

His family was so thrilled at the progress Jose made that first month that they made plans to return again a month later in August. Throughout his second month of treatments Jose continued to make physical and cognitive advancements. He improved with following requests and began expressing personal choices when he needed something. He started showing more emotion and began recognizing when others would come around him. For the first time in his entire life he pedaled a tricycle all by himself and began taking his first independent steps!

Solange has said that she feels like she is living a miracle after being told for years all of the things that Jose would never be able to do. Upon returning home to New York, Jose’s mom took him back to his school to show them his progress. They were amazed at what they saw and commented that they had never before seen a child improve as fast as Jose had. Instead of being confined to a wheelchair the entire day, Jose is now in a more advanced classroom with higher functioning peers. Teachers and friends alike are now trying to keep up with Jose and his newfound freedom!

Jose continues to make gains. He is showing much more interest in the world around him. He is now able to focus on activities at home and school. Instead of eating every meal at Jose’s side, Solange is able to sit across from him and enjoy their meal together. For the first time they are able to have family movie nights as Jose is now able to watch the movie and focus on what is taking place. It brings them so much joy to hear him laugh when he sees or hears something funny. He is no longer a little boy who is constantly told all of the things he will never do.

Before coming to Sara’s Garden Jose depended on his mother for everything. That is no longer the case. Every day he becomes less and less dependent on her and for some that could be a scary thought. Thanks to Hyperbaric Oxygen Therapy and Autism Intervention services at Sara’s Garden, Jose is learning what it is like to be an independent young man. Solange wouldn’t have it any other way.

No matter what you’ve been told, there is hope… and Sara’s Garden can help you find it. 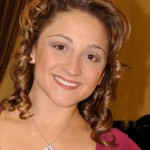