In the past it was often a misdiagnosed disorder, and even today medical experts can’t pinpoint its exact origins. Sadly, the mystery enveloping autism still leads to misunderstanding, and an attached stigma health professionals consider unfair.

But continued research and study has uncovered some unknowns about the disorder, allowing for improved, more accurate treatments that offer those within the umbrella of autism spectrum disorders (ASD) more fulfilling lives.

Dr. Christopher Meyer, a pediatrician with the Fulton County Health Center who treats autistic children, said because the direct cause of autism hasn’t been found, a lot of misleading information circulates. He said the disorder is “a very complex array of what is kind of seen as a behavioral type thing. It’s almost like a constellation of symptoms. This is a spectrum, not a specific diagnosis.”

While genetics do seem to play a part, and brain activity seems to differ in the autistic, Dr. Meyer said the disorder does not derive from a pinpoint genetic mutation.

“When genetic testing is done there are hot spots. When you put that many hot spots on a chromosome analysis, it’s very hard to determine,” he said. “I feel like we still have a lot to figure out about it.”

Symptoms within children can be so mild they go unnoticed, or can be very extreme. Dr. Meyer said because autism affects different people differently, it is treated on an individual basis like a chronic illness. Specialists can provide a regular maintenance of care.

“The best approach is that we see a multiple team approach. You’re talking about something that crosses the line of several specialties,” he said.

As in the past, when it was sometimes mistaken for a form of cerebral palsy, the uncertainties of autism can still cause misdiagnoses. What some research has shown is that approximately one in every 1,000 people is affected by autism, with a male to female ratio of about four to one.

Because autism was so often misdiagnosed in years past, Dr. Meyer questions whether it is actually more prevalent now, as some studies and media reports suggest.

And he tries to fight the stigma attached to the disorder, saying, “People are scared of what they don’t know. What I tell people is, learn about it.”

Locally, the Fulton County Board of Developmental Disabilities provides tax-funded early intervention services for children under three years old. The agency specifically employs the Play and Language for Autistic Youngsters (PLAY) Project, a national developmental intervention program developed in 2001 by Dr. Richard Solomon, a physician in Ann Arbor, Mich. The program is conducted in the child’s home by a trained consultant.

Two trained Board of DD consultants provide the service locally. PLAY Project works with parents and caregivers by helping them assist children who have ASD. Among the more common problems dealt with are social inadequacies, lack of eye contact, and an adversity to touching others.

The staff members videotape their home visits with the children, then review the tapes to teach the adult guardian how to better connect with the child.

“We assist them at home so they can function outside the home,” Board Superintendent Beth Friess said of the children. “We’ve had some extremely happy parents after (the staff members) left.”

At any given time five or less children are participating in PLAY Project through the board.

Friess said as recently as 15 years ago the agency didn’t see children diagnosed with ASD until the age of four or five. “I just don’t think it was as recognized,” she said.

Over recent years, experts have characterized autism as a spectrum disorder rather than dividing it into categories including Asperger’s Syndrome, which affects language and behavior, and Rett Syndrome, a rare autism disorder found only in girls.

Unfortunately, the 1988 film “Rain Man,” starring Dustin Hoffman as an autistic adult, may have misled the general population with its portrayal of someone with the disorder, Friess said. Not everyone with autism displays the extreme behavior and quirks of the title character.

The Board of DD uses a tool called ADETT to screen for autism. If the evaluation reveals familiar characteristics of the disorder the board will recommend the child be seen by a physician to determine a diagnosis.

The board also provides autism programs for adults with the disorder. The agency helps them to function outside the home, and can assist them with independent living and finding employment. Those receiving residential services are often covered by Medicaid waivers and 40 percent matching funding from the board.

“We have a lot of people working in the community,” Friess said.

She said there are currently no preventative measures for ASD because no one knows the cause, adding “At this point there are a lot of thoughts out there as to what might be causing it, but there are too many pieces to decide what it could be.”

The facility’s most prominently displayed service is two hyperbaric chambers, each of which can hold up to 10 people. One of the chambers, donated by the U.S. Navy, is being refurbished.

After a client enters the $250,000 chamber it is pressurized to equate the feeling of scuba diving 17 feet under water. Then 100 percent oxygen is administered to shrink oxygen molecules in the client’s body tissues. A round of 1 1/2-hour treatments help rebuild nerves and blood vessels, stimulates stem cell growth eight times faster than the body can, and cleans away impurities.

One hour of hyberbaric treatment costs $110, and is not covered by health insurance.

Everyone who has come for autism has seen benefits,” Rychener said. “We have never had anybody have adverse effects from the treatment.”

He cited the case of an autistic child from New York City who, before hyperbaric therapy, could not walk, talk, or feed himself. Following a summer of treatments he returned home with all of those capabilities.

“We’ve had fantastic results in both the hyperbaric center and the New Horizons Academy,” Rychener said of the facilities’ treatments for autism. Together, they comprise the only single location in North America to offer all the services.

Enrollment is in such demand that Sara’s Garden is currently adding a classroom addition onto the Hope Center.

Dr. Meyer advised parents who suspect their child may be autistic that the earliest possible intervention has a significant impact.

“We always aim to optimize what we’re doing. When we catch these kids early I have a lot more optimism about how they’ll do,” he said.

And treatment always includes healthy doses of empathy and compassion for both the child and their family members, all of whom struggle, Dr. Meyer said.

“Dealing with it is a good challenge, and rewarding when you do it well,” he said. 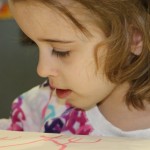 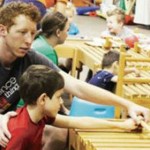