There’s nothing quite like the thrill of a live sporting event. Players, coaches and fans experience excitement as the drama of the game unfolds before them. Every sense is intensified as athletes engage in the throes of competition.

As the saying goes, “It’s all fun and games until someone gets hurt.” When an athlete suffers a serious injury, everyone holds their collective breath as trainers and medical personnel rush in and attend to the athlete. Parents worry about the long road to recovery that may lay before their son or daughter. Players worry about the valuable practices and crucial games that could be lost.

What about injuries that don’t appear serious, such as a concussion? The brain is such a complicated organ. A shot to the head may make one person a little dizzy but otherwise no worse for wear; whereas that same blow could send someone else to the sidelines and put them out of commission for weeks. Medical professionals describe concussions as “mild” traumatic brain injuries because they are typically not life-threatening and most people recover from them quickly. However, for some, the long-term effects of a concussion can be very serious and debilitating.

Concussions are commonly caused by automobile accidents, falls and stumbles, and even military service. However, aside from car accidents, playing sports is the next leading cause of these brain injuries in kids. While football players are most at risk, concussions are becoming more and more common among soccer players… and not just because of headers. In fact, according to a recent study, most concussions among soccer players were caused by player-to-player contact.

That is exactly what happened to Mikayla while playing indoor soccer in January, 2016. She suffered a concussion after being checked face first into the acrylic dasher boards by a boy twice her size. From that moment on, Mikayla’s life changed. She was told to rest for a few days, and all would return to normal. Unfortunately, the days quickly turned into months. Mikayla was in and out of various doctors’ offices with debilitating migraines, nightly insomnia and terrible fatigue.

The migraines she experienced on a daily basis left her unable to focus or concentrate in school. After time, she lost all motivation and energy to do anything at all. Her sleep patterns were also affected and she found herself lying awake many nights unable to fall asleep. As time went on, these feelings and symptoms worsened.

Mikayla became a recluse, isolating herself from others. She was unwilling to perform daily activities at all. She started to lose friends because she never felt good enough to do anything with them and when she did, she was not pleasant to be around. They didn’t understand. She looked the same, but she felt completely different. It was so frustrating for Mikayla to be unable to participate in activities she had been doing her whole life… she couldn’t play soccer, attend concerts or even go to school dances. Mikayla suffered extreme anxiety, feeling that she was becoming a burden to her family. She eventually lost all hope in recovery, her personality changed and severe depression set in.

Fortunately, Mikayla’s story doesn’t end there. Her family learned about Hyperbaric Oxygen Therapy (HBOT) and its success in treating concussions. At first, Mikayla refused to undergo treatments as she didn’t want to get her hopes up only to be disappointed yet again. Thankfully, her parents were persistent and convinced her that she had nothing to lose by trying. Surprisingly, she began experiencing relief almost immediately.

Very early into treatments she began noticing a significant decrease in the severity of her headaches. She went from having daily migraines to having only a couple a week. She also noticed that her memory was improving and found it much easier to concentrate and do her schoolwork. As her headaches became much less intense, she began communicating with people again. Daily activities became much easier and she was once again able to start participating in her life.

Since completing 13 HBOT treatments at Sara’s Garden, Mikayla feels more like herself again. She is now living life without the constant pain of horrible migraines in a state of hopeless depression. She is able to focus again has a much more positive and motivated outlook on life. She now feels good enough to attend events and is even going to her senior prom this year.

Mikayla never dreamed that something as seemingly harmless as a concussion would result in profound physical, emotional and psychological trauma that would ultimately plague nearly two years of her high school life. For anyone considering HBOT and wavering about whether or not to go through the process of receiving treatments, Mikayla’s advice is “Do it and don’t lose hope!”

Mikayla knows what it’s like to have lost hope and feel like you will never feel better again. Thanks to Hyperbaric Oxygen Therapy at Sara’s Garden, she believes she has been given her life back. For Mikayla, HBOT has been her light at the end of the tunnel and she is so grateful to have been given this opportunity. 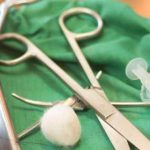 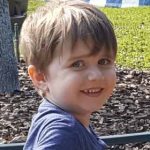