This is your chance to win a piece of American history! We are going to be raffling off a brilliantly restored 1953 Cushman Pacemaker scooter.

The Cushman company started in 1903 in Lincoln, Nebraska, by Everett and Clinton Cushman. The company incorporated as Cushman Motor Works in 1913. Cushman began production of their four-stroke Husky engine in 1922. Cushman produced engines for farm equipment, pumps, lawn mowers and boats. Cushman scooters were widely used by the United States Armed Forces in World War II and as an alternative to automobiles before and after the war. Some late-1950s Cushmans, designated Road King and Pacemaker, had jet-age body styling. Cushman scooters featured an automatic centrifugal clutch, which allowed the rider to twist the right grip to accelerate. Oddly, the throttle twisted forward during acceleration, opposite the usual pattern in most other motorcycles and scooters. Cushman claimed 75 miles per gallon, and advertised penny-a-mile operating cost.

Thanks to a very thoughtful and generous donor, you now have the opportunity to win one of these amazing machines! Single tickets can be purchased for only $10. Tickets can also be puchased in bundled quantities of 10.

All proceeds from this event will be used towards the purchase therapy equipment for our students at New Horizons Academy which will be invaluable resources to the children we serve with motor disabilities! 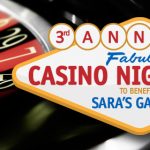 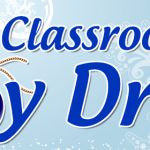