Then and Now. Ten Years After HBOT.

There are some days you just never forget. For Marjorie (Marj) Monhollen, one of those days happened back in 1998 when five-year-old Brittany Cortez entered her life. After being removed from both her mother’s and grandmother’s care because of unstable living conditions, Brittany came to live with her great-aunt at the age of five and through her entered Marj’s life.

Brittany had been diagnosed with absence epilepsy at the age of three. As she got older her seizures got worse, averaging 150-200 staring spells every day… despite medication. By the time Brittany turned seven she had tried the ketogenic diet and various other treatments, survived a near-drowning incident, and had a vagal nerve stimulator (VNS) implanted. The VNS cut the number of seizures Brittany experienced down to about 50-100 per day.

As she grew, Brittany was forced to take more and more medications to control her seizures. By the time she was 13, Brittany was taking Lamictal, Depakote, and Felbatol. Going into the seventh grade, she was just 56 inches tall, weighed 77 pounds, and was averaging at least one hospitalization every other month. The odds of Brittany succumbing to Sudden Unexplained Death from Epilepsy (SUDEP) were a terrifying 1 in 5.

Marj remembers her feelings of desperation and urgency to find a treatment to save Brittany. “We had to do something, and HBOT was suggested,” Marj recalls. Brittany’s neurologist was not terribly supportive of the idea, feeling that it would be a waste of time and money. After informing him that they would find someone else to write the prescription for HBOT if he wouldn’t, he skeptically gave in. Brittany started Hyperbaric Oxygen Therapy on June 13, 2006.

Marj kept a journal of Brittany’s time at Sara’s Garden. In it she wrote, “We have such hope that this will improve things and, at the same time, I’m playing the skeptic, wondering, as always, when the other shoe will drop. Everyone is going into this not knowing what to expect because HBOT has never been investigated as a treatment for epilepsy alone. This could be groundbreaking, or it could be a total flop. Only time will tell…I have to learn to be patient and this is going to be the supreme test. I want this to work so badly that sometimes I can’t wait to see the results. Yet, I know this is a slow process, if we even see any improvement at all. Only time will give us the answers.”

Throughout her treatment process, Brittany had good days and not so good days, but the changes they noticed were well worth the investment of time and money to Marj. Brittany’s seizure activity was greatly reduced! She was able to go several days with no seizures at all. Her appetite also increased greatly and she gained six pounds in just two weeks of HBOT. In her journal, Marj frequently shared her fears of getting her hopes up or hoping for too much. One such entry stated, “I guess I wanted to see this huge change all at once, forgetting that I need to be patient and let this be a process instead of an event. It’s just that I want so much for her.”

Eventually, Marj saw the changes in Brittany that she had been hoping and praying for. Brittany’s hand tremors, fine motor coordination, cognitive ability, and recall all improved. Marj wrote, “Her printing and coloring have really improved. She’s taking her time when she writes and she’s staying inside the lines when she colors. Sara’s Garden is a true blessing. We’ve seen more improvement in three weeks than we could have hoped for all summer – better seizure control, less impulsivity, better recall and cognition, and improved fine motor control. Hopefully, this is only the beginning!” And it was… Brittany celebrated her 13th birthday and her last day of HBOT at Sara’s Garden, complete with balloons, card, and chocolate. Within four months of completing 40 dives, Brittany had grown four inches and started her period.

Current research shows that HBOT, in most cases, will decrease seizure activity, improve cerebral circulation, and provide the brain with more oxygen. In one long-term study, HBOT was found to be effective in reducing seizure activity in 82% of children and was significantly effective in 68%. 43% were able to stop taking their anticonvulsant medication with others greatly reducing theirs. After three years, 53% were seizure-free with an additional 25% only experiencing one to two seizures a year. While HBOT is not effective for everyone, it can improve the lives of many, many epileptic children… children just like Brittany.

In July 2016, Brittany celebrated her 23rd birthday. Marj shared, “Ten years ago, Brittany had her last dive on her 13th birthday. Our success at Sara’s Garden was a major turning point in the treatment of her intractable epilepsy. Since then, she has graduated from Lake High School (2012), completed the Life Skills Program at Penta Career Center (2015), moved into a group home run by Luther Home of Mercy (2015), and started working part-time in the cafeteria at Mercy St. Charles Hospital (2016). Today, Brittany turns 23 years old, and our prayer of thanks includes the staff of Sara’s Garden for the love, compassion and care that we ALL received 10 years ago. I have no doubt in my mind that HBOT started the cascade of successes that we have seen over the past 10 years! Thank you Sara’s Garden for helping to literally save Brittany’s life!”

Thanks to Hyperbaric Oxygen Therapy services at Sara’s Garden, Brittany’s life is now much different than it was 10 years ago. HBOT was a huge turning point in her treatment and the start of a quality of life that, until then, they only dreamed of. For Marj, some of the days she will never forget now include the days that Brittany started and completed HBOT at Sara’s Garden. No matter what you’ve been told, there is hope… for this and many other conditions. HBOT is treatment without drugs… without surgery… without pain. 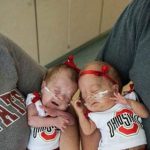 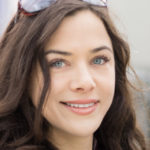