Even Small Injuries Can Lead to Big Problems

It has been said that little problems often become big problems if you don’t take the initiative to correct them. Unfortunately, when it comes to our bodies and injuries, little injuries can lead to big problems even when we take the initiative to correct them. There are times when complications from surgery can lead to even bigger issues than what the original surgery was even attempting to fix.

Andrew enlisted in the Army after graduating from Wauseon High School and was assigned to the 82nd Airborne Division, 1st Brigade Combat Team, 2-504 Parachute Infantry Regiment, Charlie Company, 3rd Platoon. Andrew found great fulfillment serving his country and his hard work paid off as he was recognized for his initiative and efforts and promoted to serve as Team Leader and Squad Designated Marksman in his division. While preparing to go through selection for Special Forces he suffered what he thought to be at the time, a minor setback when a pilonidal cyst formed on his tailbone.

A pilonidal cyst is an abnormal pocket in the skin that usually contains hair and skin debris. It is almost always located near the tailbone at the top of the cleft of the buttocks. Pilonidal cysts usually occur when hair punctures the skin and becomes embedded. If a pilonidal cyst becomes infected, the resulting abscess is often extremely painful. The cyst can be drained through a small incision or removed surgically.

Andrew’s seemingly harmless cyst did indeed become infected and started causing significant pain. When the cyst continued to grow, doctors advised Andrew that an operation was necessary to prevent it from getting worse. So, on November 2, 2015, Andrew underwent surgery at Fort Bragg to remove the cyst.

The resulting surgical wound needed to be packed and cleaned daily by a wound care team at the hospital. When a wound is deep, or when it tunnels under the skin, packing the wound can help it heal. The packing material soaks up any drainage from the wound, which helps the tissues heal from the inside out. Without the packing, the wound could close at the top. This would trap fluid and possibly bacteria in the deeper areas of the wound, impede healing, and lead to infection. Andrew was forced to wait for the wound cavity to heal before he could resume selection training.

After a month, Andrew’s wound had still not healed. His doctors stopped treating him because the healing time was taking longer than expected. They simply gave him a bag of supplies, instructed him to pack the wound himself and told Andrew to follow up with them in three months.

Not only did the wound not heal, it became infected and started causing Andrew incredible pain. On December 14, 2015 doctors surgically reopened the wound site to remove the infection, resulting in an even larger wound cavity, over 1 in. deep, 2 cm. long and 1 cm. wide.

Andrew was not about to endure another “wait and see” healing period. Thankfully, Andrew had received Hyperbaric Oxygen Therapy at Sara’s Garden back when he was in high school recovering from a stress fracture in his foot. He remembered how it had helped to speed up his healing process then and believed it could help him once again.

As soon as his surgery was over, Andrew left Fort Bragg and headed home to Wauseon to start hyperbaric treatments at Sara’s Garden. The high concentration of oxygen at increased pressure allowed Andrew to increase his healing efficiency. After only a few days, his pain level was significantly reduced and could feel the infection begin to subside. Over the course of the next three weeks, Andrew received 16 HBOT treatments. With the help of the Hyperbaric Oxygen Therapy, Andrew was able to beat the infection and successfully close the wound that he had been dealing with for the past two months.

Andrew felt grateful to have been able to finally heal and get back to his previous level of operation. He stated that he was pain free and had a renewed confidence to return and complete his military operations. Andrew went on to deploy with the 82nd to Helmand Province, Afghanistan. Without hyperbaric treatments at Sara’s Garden, Andrew is convinced that his infection and wound would have continued to deteriorate due to the lack of care he was receiving from the Army Medical Corps.

Andrew is now out of the Army and in his last year of a BSN-RN program. He is hoping to continue his education to the provider level and is looking for an opportunity to provide health services to people in need such as veterans or individuals with special needs. 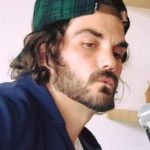