Knee replacements are one of the most commonly performed elective, orthopedic operations. For the majority of patients, knee replacement surgery relieves pain and helps them to live fuller, more active lives. But for some, the opposite occurs.

Bill had to have joint replacement surgery in 2006 due to a work related injury he had suffered on his left knee back in 1991. Over the years, his knee gradually deteriorated to the point that it finally had to be replaced. Bill’s surgery went according to plan. Following surgery Bill returned home to begin his recovery. Doctors continued to examine his knee annually to ensure that it was still functioning properly. Everything appeared to be going great.

In December 2011 Bill’s left knee began causing him a lot of pain. When he went in to see the doctor an x-ray showed that fluid was building up around his knee, which had to be drained off. His blood work and an MRI indicated the presence of an infection. By February, Bill was forced to stop working due to the excruciating pain in his knee.

Infections can be caused by a variety of bacteria and viruses that are usually kept in check by the immune system. However, because joint replacements are made of metal and plastic, it is difficult for the immune system to attack bacteria or viruses that make it to these implants. If bacteria or viruses gain access to the implants, they may multiply and cause an unrelenting infection. Despite antibiotics and preventative treatments, patients with infected joint replacements often require surgery in order to cure the infection. Because of the level of the infection and the amount of pain it was causing, the doctors decided on a plan to remove Bill’s artificial knee and implant another one.

However, in March, when doctors opened up Bill’s knee during surgery it was discovered that the replaced knee had worked itself loose. The doctor simply pulled it right out of the bone. A medical spacer was installed instead of a new knee replacement until they could clear up the infection. Bill began receiving antibiotics administered via a peripherally inserted central catheter (PICC or PIC line) to treat the infection. By the end of June, a filter had to be put in due to a blood clot that had formed in the left leg.

Bill had hoped for his new knee to be put in by July, but his blood work indicated that two new types of bacteria were now present. Because of these new infections, the original medical spacer was removed and a new spacer was put in. Bill received ongoing intravenous antibiotics but his blood work continued to show that the infection levels remained unchanged.

Bill was a 65-year-old man who loved working and staying busy. To his dismay, he was now confined to a wheelchair. When Bill arrived at Sara’s Garden to begin HBOT treatments, he had spent nearly six months without a knee. He was unable to bend his leg or bear any weight and was completely dependent on his wife to meet all of his needs.

Following Bill’s first week of HBOT treatments he returned to his doctors to have new blood work done. He was overjoyed to learn that his infection level had been cut in half. After his second week of treatments his infection level was once again cut in half. By the end of Bill’s third week of treatments, the infection level in his knee was virtually non-existent and his doctors were finally willing to allow him to have his knee replacement scheduled. Because Hyperbaric Oxygen Therapy is anti-viral, anti-bacterial and anti-fungal, it was able to do in less than a month what a constant supply of IV antibiotics had been unable to affect in months; eliminate Bill’s infection and get him back on the road to recovery.

By the end of September, Bill was able to finally undergo surgery to replace his knee and remove the spacer that he had lived with for almost seven months. After being released from the hospital, Bill continued to receive HBOT treatments to expedite his healing process and help him recover from his physical therapy sessions. Bill was very concerned about this pending recovery process. He knew how hard it had been for him to recover from knee surgery and undergo physical therapy following his first knee surgery. He feared this time was sure to be even more difficult for him due to the amount of time he had just spent confined to a wheelchair, unable to do anything physical in nature.

Bill and his family were thrilled that he experienced the exact opposite this time around. Because of the HBOT treatments Bill continued to receive, the inflammation and swelling in Bill’s knee was reduced more quickly following surgery and physical therapy sessions. He was also able to gain greater flexibility and range of motion more quickly and experienced much less pain than in the past.

HBOT delivered a 1-2 punch for Bill in helping him overcome a debilitating infection and assisting in expediting his recovery process. Thanks to Hyperbaric Oxygen Therapy at Sara’s Garden, Bill was finally able to escape from his wheelchair and gain his independence back. No matter what you’ve been told, there is hope… for this and many other conditions. HBOT is treatment without drugs… without surgery… without pain. 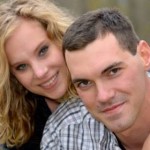 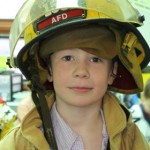