The Battle Began When the Tours Were Over

Called the “Signature Wound” of the war, Traumatic Brain Injury (TBI) caused by explosions has become one of the most prevalent combat wounds suffered by soldiers serving in Iraq and Afghanistan. While severe TBI can leave a person incapacitated, even a mild TBI (mTBI), often known as a concussion, can lead to debilitating symptoms including headaches, balance control, hearing problems, lack of self-control, mood changes, ringing in the ears, problems sleeping and memory loss.

Situations in Afghanistan and Iraq, where troops are likely to face multiple deployments and repeated ambushes by roadside bombs or improvised explosive devices (IEDs), are especially conducive to suffering a TBI or mild TBI. Additionally, according to recent studies, traumatic brain injuries sustained during deployments appear to increase the risk of troops experiencing Post-Traumatic Stress Disorder (PTSD). Unfortunately, for many soldiers returning home from service, the battle begins when the tours are over.

Jeremy was deployed to Iraq in 2003 and was stationed at the Abu Ghraib Prison / Central Detention on the western edge of Baghdad. His unit was heavily attacked with mortars five nights a week on a consistent basis while he was stationed there. During that period, he and many other members of his unit began to experience migraine headaches, nausea and dizziness from the exposures as well as the hazardous environment around them.

Following that initial tour of duty, Jeremy deployed to Iraq for a second tour at the end of 2004, this time stationed in Tikrit. His unit immediately began providing convoy security to transport equipment, material and personnel all across the country. They ran over 200 missions and were exposed to numerous ambushes, RPG attacks and IED explosions. The constant headaches, loss of sleep, hearing and vision problems only worsened and increased in severity and frequency.

Sadly, stories like Jeremy’s are far too common for soldiers returning from service. Just how many troops are affected is difficult to know. Sections of the government have released numbers ranging from 50,000 (Department of Defense) to 115,000 (the Pentagon), while the Brain Injury Association of America estimates the number at 360,000 and RAND corporation has suggested it could be as high as 400,000.

Unfortunately, it may be impossible to arrive at an exact number. Many soldiers are reluctant to be diagnosed for TBI. Many service members have said they refused to seek treatment for psychological illnesses because they were afraid that their unit leaders would treat them differently or cause their peers to lose confidence in their abilities. Others feared that admitting they suffered from a TBI would harm their future careers after they got out of the service. Because many are unwilling to ask for help, they resort to alternatives to cope with the disorder, such as alcohol abuse, physical violence and even suicide.

According to Stop Soldier Suicide, every single day over 22 veterans and active duty soldiers take their own lives. Burdened with the stigma associated with mental health issues and the military “shame” surrounding TBI and PTSD, they instead turn to suicide as their only option to relieve their suffering.

Thankfully, that’s not how Jeremy’s story ended. He recognized that the issues he was facing were very serious and it caused him to seek out help. He discovered Hyperbaric Oxygen Therapy (HBOT) and Sara’s Garden through Stop Soldier Suicide and the Wounded Warrior Project. The Veterans of Foreign Wars Ohio Charities learned of Jeremy’s story and stepped in to help fund his needed round of HBOT treatments.

Jeremy was excited to try a different form of treatment. All of the prescription drugs he had been taking were completely ineffective. Years after his discharge from the service, he was still unable to function and perform normally. For years he had been living a life with constant headaches, from minor to completely debilitating. As excited as Jeremy was to begin HBOT, he was equally as skeptical. He had serious doubts that sitting in a chamber breathing oxygen could help rescue him from this life of nonstop pain.

Jeremy was amazed at the immediate relief he began experiencing from the treatments as his headaches began to subside. After only one week in the chamber Jeremy was seeing recognizable improvements in a number of areas as his energy level and appetite were both increasing. The pain in his shoulder and lower back began to subside and he began sleeping 3-4 hours per night, which he had not been able to do in over 10 years.

By the end of his round of treatments, Jeremy was migraine free! In fact, he had not experienced a severe migraine from the moment he started treatments. His sleep patterns continued to improve to the point where he was now experiencing 5-6 hours of uninterrupted and restful sleep every night. The pain in his shoulder and lower back had improved to the point that he was able to begin working out and exercising again and allowed him to begin spending more time playing with his kids. Most importantly, Jeremy was able to reduce, and in some cases, eliminate his need for pain medications.

Thanks to Hyperbaric Oxygen Therapy at Sara’s Garden, Jeremy rejoices that his life has been restored. He has stated that he is forever grateful to compassionate and caring staff at Sara’s Garden. He firmly believes that every soldier could benefit from HBOT and is passionate that it should be easily accessible and available to veterans returning home from service. No matter what you’ve been told, there is hope… for this and many other conditions. HBOT is treatment without drugs… without surgery… without pain. 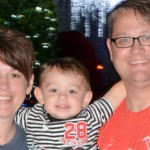 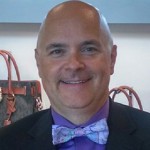