Anxiety is a normal and healthy emotion all people experience. It’s a normal response to stressful situations and signals us to be alert and ready for impending danger. Depression is different from anxiety. Rather than feeling anxious and nervous, feelings of gloom and melancholy take center stage. Feeling sad or down after experiencing a loss or disappointment is normal, and everyone feels anxious from time to time. However, severe or ongoing feelings of depression and anxiety that interfere with life functions can be a sign of an underlying mental health disorder.

In the U.S. the most common approach to treating anxiety and depression involves using potent medications, called anxiolytics, such as benzodiazepines and barbiturates. Sadly, for many, these medications can actually increase anxiety over the course of time. While counseling and psychological therapy can address less severe forms of anxiety, they do not address the root cause of underlying brain imbalances.

So, what are the root causes of anxiety and depression? Recent advances in neuroscience reveal the root causes include a lack of blood flow and oxygen to the brain, lack of specific brain chemicals, and brainwave imbalances. Inside the brain, we have billions of brain cells, called neurons, sending electrical signals to each other, which we measure as brainwaves. These electrical signals cause the brain cells to release small chemicals called neurotransmitters, such as serotonin, dopamine, and adrenaline.

This vast network of brain cells is fed with oxygen and other nutrients by blood from over 100,000 miles of blood vessels inside the brain. In children and adults with anxiety, studies show there are often not enough of these blood vessels supplying oxygen and important nutrients. This lack of nutrients begins to cause brainwave imbalances, as measured by an EEG scan. People with anxiety typically have too much brainwave activity on the right side of their brain, usually in the temporal lobe of the brain.

This, in turn, causes a downstream effect on brain chemicals called neurotransmitters, meaning that the brain cells start producing too little or too much of the chemicals they need. People with anxiety are usually deficient in serotonin and GABA neurotransmitters. Neurotransmitter imbalances are further exacerbated by nutritional deficiencies in the person’s diet, especially of key vitamins, minerals, antioxidants, and amino acids.

Kyle had been living with mild forms of anxiety and depression for some time. He was taking a small dose of medication to treat his disorder. It was manageable. He was hanging out with his friends, playing music, and finding joy in the hobbies and activities he was participating in.

Things changed for Kyle when he tried a treatment for depression called Transcranial Magnetic Stimulation (TMS). Transcranial magnetic stimulation (TMS) is a noninvasive procedure that uses magnetic fields to stimulate nerve cells in the brain in hopes to improve symptoms of depression. It’s thought to activate regions of the brain that have decreased activity in depression. Unfortunately for Kyle, it made his symptoms worse. After TMS, his depression and anxiety became unmanageable and debilitating. He no longer wanted to interact with friends or take part in any activities.

Kyle’s life became a dangerous circle of worsening feelings and increasing medications. He felt like he was spiraling out of control with no end in sight. Thankfully, he found Sara’s Garden and hyperbaric oxygen therapy (HBOT) while researching natural treatment options in hopes of breaking his never-ending cycle of medications.

Hyperbaric Oxygen Therapy (HBOT) has been proven to reduce cerebral edema, reduce neuro-inflammation, increases oxygen saturation to the brain, promote new blood vessel growth, reactivate idling neurons and can create an 8-fold increase in your own stem cell production. In a hyperbaric chamber, the influx of oxygen helps increase blood flow and expedites cellular repair naturally. SPECT scans show that people who have had HBOT have marked improvement in blood flow to the brain.

By giving the body what it needs to thrive – and taking away other natural pollutants for the short time – the brain experiences reduced irritability, impulsivity, and mood swings while many patients notice an increase in uplifting emotions, motor function, and IQ. In other words, HBOT addresses the root cause of anxiety and depression.

Following his first 40 sessions of HBOT, Kyle noticed an increase in cognitive function and felt more optimism. He became more motivated to be around people again and felt that he had fewer negative thoughts. His brain felt stronger. Kyle’s family and friends noticed the changes too. He heard many comments from those around him that he was returning to his old self.

Kyle feels much better now. It’s an ongoing process. He can’t say that his depression and anxiety are completely gone, but he is now able to handle it better. Problems that once seemed impossible to overcome now seem doable. Kyle is so thankful to the entire staff at Sara’s Garden for being so helpful and understanding and having a heart for helping others. 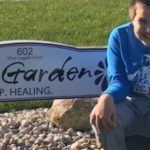 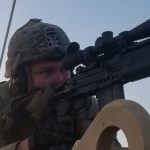