Turtle Comes Out of His Shell

Education and friendship can play a huge role in the life of any child, but they may be even more vital for a child with Autism.

Autistic children differ in the way they perceive things and respond to the world around them. They often have great difficulty making sense of the world as other children see it. Too often, children with Autism are not the preferred partners of typical children. In the worst of cases, they may be bullied because they look, act or sound different than their typical peers. Children with Autism require caring, individualized attention from teachers and intervention specialists. They may also need extra help interpreting friendships, non-verbal communication, using school equipment, paying attention in class or controlling their behaviors.

For Glen (Turtle as his mother affectionately calls him), the first two weeks of school at New Horizons Academy at Sara’s Garden were extremely rough. It represented yet another change in his life. He had struggled in his previous school placements, often acting out and exhibiting behaviors that made it nearly impossible for teachers to control and teach him or peers to get to know and befriend him.

For weeks, Glen’s mother would literally pry him from the car each morning and carry him into the school. Glen would be hitting, screaming, kicking and biting her the entire way into the building. Each morning, the NHA staff would immediately take Glen into the multi-sensory room when he arrived and spend time with him, helping to calm him down and get him ready for the school day ahead. Many times, he would need to be restrained so he would not hurt himself. His sole focus was on his mother. He desperately wanted to stay with her, fearing that she was leaving him at school forever. However, after spending time in the multi-sensory room Glen would calm down and eventually go to his classroom with his peers.

When Glen started school at NHA, we were told that he had Selective Mutism (SM), an anxiety disorder in which a person who is normally capable of speech does not speak in specific situations or to specific people. We learned that Glen had been teased because of his speech impediment at previous schools and had therefore stopped speaking in public. He lacked self-confidence and was terrified to try new things. Glen had no friends. In fact, according to Glen’s mom, he had never had friends before in his life because other children were afraid of him due to his negative behaviors.

While each morning was difficult for Glen those first weeks, the staff began to notice significant changes.

Every morning, Glen’s outbursts became less severe and shorter in duration. Then, during the third week of school an amazing event took place. Glen came rushing into school, not waiting for his mother to bring him! He appeared to be very excited. Our school administrator, Mr. Burkholder, asked his mother what brought about the change. She stated that she had taken him to Wal-Mart to purchase a special toy… not for himself, but for the new friend that he had made at New Horizons Academy. He could not wait to come to school to give his new friend this toy. This began a new pattern. Glen loves coming to school each day and no longer has negative behaviors.

What has developed from this one friendship is a young boy who quickly began developing self-confidence and trust. He began to excel in his academics and the teachers watched him blossom into a special leader. He continually wants more academic challenges. The teachers realized that despite what was written in all of the reports they had received on Glen, he had so much ability and potential. It was not long into the first grading period that Glen had already mastered the goals that had been written on his IEP.

Now, six months later, he has become his classroom’s “Chatty Cathy”. He loves interacting with his classmates and completing his classwork. Learning how to do simple addition has just clicked in Glen’s brain. It was like watching a light bulb come on. He picked up the concept and is exceeding his yearly goal. Now he wants to do his math work first. Reading continues to be difficult for Glen due to his speech impediment, but that doesn’t stop him from trying. He reads with his classmates at his ability level and is always willing to attempt reading new words, which includes weekly spelling words. He has also shown significant improvement when writing letters with the proper formation and always turns in his homework. Once Glen is assigned a task or classroom chore he doesn’t stop. He is the one student that can be given a task and you know it will get done with no supervision. He takes on the responsibility of teaching his classmates how to complete a task or chore with pride.

Glen is now able to receive individualized and differentiated educational instruction. Combined with NHA’s diversity of intervention tools such as Conductive Education, Autism Intervention and Sensory Integration, delivered by a specialized staff that is able to give Glen the necessary focused attention, he continues to excel. He now has many friends. He loves to come to school and you can see him walking around NHA with a smile on his face. When you look at Glen now, as compared to September 2013, you will find a boy full of self-confidence, pride, and happiness.

New Horizons Academy provided Glen with a safe, nurturing environment where he could feel accepted and loved. Once the behaviors were overcome, the teachers no longer have to address bad behaviors, and can focus on his education. Thanks to New Horizons Academy at Sara’s Garden, Turtle has come out of his shell. Glen’s mom gets to see her son’s emerging potential and has renewed dreams for his future.

No matter what you have been told, there is hope. Hope for a child to emerge into the responsible adults we as parents pray for. There is hope for those who were told they would not learn, or walk, or talk. That hope, is rekindled through the work that is happening at New Horizons Academy. The loving, caring and true compassion that is shown to each and every student, no matter how difficult their condition, disability, or behavior might be, is where the success story starts. Come join us and you’ll see what is possible for a child who has been labeled as “different”. New Horizons Academy at Sara’s Garden… Where kids come first! 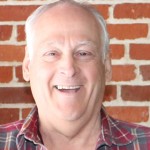 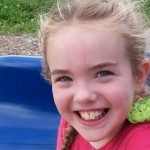