It is so inspiring to see how resilient children can be in overcoming their disabilities. When confronted with the fallout of childhood disabilities, children are somehow able to adapt and overcome despite seemingly insurmountable odds against them. A growing body of evidence points to what might seem like a simple reason: these children have committed families and support systems dedicated to their growth and success. Finley is no exception.

Finley was born with a hole in her skull and missing her Corpus Collosum, the area in the center of the brain that connects the left and right sides allowing faor communication between both hemispheres. She was diagnosed with hydrocephalus when excess cerebrospinal fluid (CSF) collected in her brain’s ventricles, negatively impacting her optic nerve and caused her to begin experiencing seizures. Over the years, she has had multiple revisions of her ventriculoperitoneal (VP) shunt in order to relieve the pressure on her brain caused by the fluid accumulation. Unfortunately, due to the multiple skull expansion surgeries, Finley developed a Chiari malformation, a structural defect in the base of her skull and cerebellum, the part of the brain that controls balance.

Finley had 14 surgeries in the first 4 years of her life, more than most people will experience in a lifetime. Unfortunately, she continued to experience additional seizures and a regression in her speech and social skills despite the surgeries she underwent. Despite everyone’s best efforts, Finley continues to have significant developmental delays, is non-verbal, cannot walk well, does not eat consistently and has sensory processing issues such as seeking out her environment using her mouth.

Her parents were vigilant in seeking out crucial therapies for Finley from the time she was born. A caring and generous support network has been right there beside them every step of the way. They are constantly looking for additional interventions that could aid Finley in moving forward and provide her with the best chance at the most independent future possible. As an adult, Finley’s cousin received hyperbaric oxygen therapy (HBOT) in Florida with great success. After researching their options and reading family testimonials they decided to visit Sara’s Garden for a tour. While here, they received the encouragement they needed to try HBOT for themselves with Finley. As always, their amazing network of family and friends came alongside the family to ensure they had the means to afford her treatments.

During their first round of treatments they noticed an increase in Finley’s appetite and a reduction in some of her sensory behaviors such as mouthing toys and chewing on her clothes. She even allowed her mother to brush her hair without a fight. Her attention and focus increased as she started responding to her name when called. She began saying more words and showed improved sequencing, sorting and memory skills when playing with blocks each day during her breaks. They even noticed improvement in her social and emotional skills as she displayed an increase in affection, kissing and hugging her mom without prompting, and showed an increased ability to interact with peers.

Finley’s family was thrilled when she began exploring and trying new toys that she had never interacted with in the past, exhibiting signs of improved motor skills resulting in functional and appropriate play! When she returned home following her initial round of treatments, her therapists were excited to see that her balance and coordination had improved and that she was much more aware of her surroundings since the last time they had seen her.

Finley’s improvements weren’t lost on her school either. She can now pull herself up the steps of her bus and her teachers are letting her walk to and from the bus as her balance is better that it was before. She began stacking blocks and stringing beads, which has been an unmet goal on her IEP since she started preschool over 2 years ago! She has started using a straw and a spoon with increased confidence and can now drink from a water bottle without sticking her tongue in the opening.

Her family was so thrilled at the results they saw from Finley’s first 40 treatments that they decided to come back again for a second round. Early on, they were thrilled to experience a vocabulary explosion! Finley was talking up a storm – not just repeating – but using words more functionally without prompting! Finley said thank you, good morning, goodbye, see you later and more all in appropriate social situations. Finley showed more improved balance and coordination when navigating different slopes and grades. Upon returning home after her second round of treatments, her therapists were again amazed at her improved focus on tasks and less mouthing of items that has allowed for more functional expression during therapy sessions.

Finley completed two rounds consisting of 40 treatments each time within 3 months and noticed enormous benefits. The opportunity for hope and healing that was available for Finley at Sara’s Garden has made an impact on not just Finley or her family, but for their community as well. Sharing their daughter’s story has been something they have done before she was even born. They are thankful to now include Sara’s Garden in Finley’s continued story and look forward to returning for more treatments in the future!

Mark your calendars for #GivingTuesdayNWO!

#GivingTuesdayNWO Offers You a Chance to Give Back to the Community, Show Your Thankfulness for Everything You Have & Share a Portion of What You Have with Those in Need.

Last year, the gifts received from #GivingTuesdayNWO helped us to fund and expand our playground project to include both a fully accessible, indoor playground in Wauseon and a multi-sensory, accessible playground at our new school campus in Springfield Township—Holland. Our special needs kids love to play, and they use play as a way to develop their gross motor and problem-solving skills. Play is also a great way to practice their social skills and build healthy relationships. The gifts and donations from last year’s #GivingTuesdayNWO have helped us to cover most of the cost of Wauseon’s indoor playground equipment, but we still need your help and support to cover the cost of the playground’s soft, rubberized surface to protect our children from falls and injuries and to begin developing Springfield’s multi-sensory playground, which will target autistic students dealing with sensory issues. Before we begin playground construction, we need to finish our fundraising efforts. 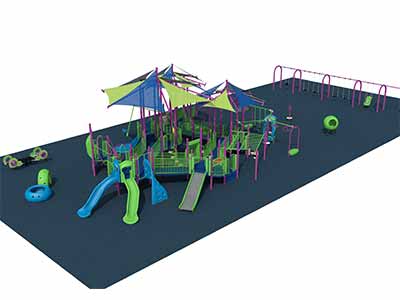 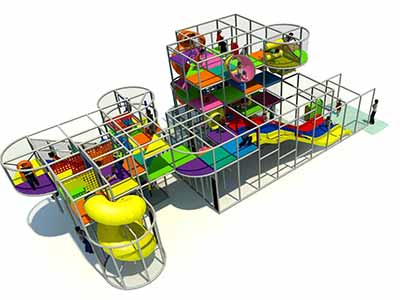 Please consider supporting our playground efforts this holiday season! With matching funds available through #GivingTuesdayNWO, this is a great opportunity to support our special needs kids AND get the most from your generous donation. Through your caring and support, we hope to continue to make a difference in the lives of our special needs children and their families.

No gift is too small to help inspire change in Northwest Ohio!

It’s never too early to start planning for our upcoming 2020 summer intervention programs!

Sara’s Garden offers amazing summer intervention programs for children with disabilities. These month-long programs deliver inclusive therapies that provide interventions for individuals with a variety of conditions and disabilities.

Our caring and experienced staff of licensed therapists, conductors and paraprofessionals create unique, intensive therapy-based programs that are tailored to the needs of each participant and are designed to enhance your child’s developmental skills. This approach not only helps your child to work towards greater independence, it also keeps the regression of skills and development that typically occurs over the summer months at bay.

Goals of these programs include:

Our summer intervention programs also provide support for children who use augmentative communication systems (low tech or high tech) who have language and literacy skills and need more experience with peer to peer social skills.

Additional information is being compiled on potential funding and grant options for families in need of financial support.

For more information, please contact Ronda Rupp at 833.668.7272 or via email at rondar@sarasgarden.org.

Thanks for our Thanksgiving Dinner!

On November 25, all of NHA’s students will sit down together to share a traditional meal of turkey, mashed potatoes and gravy, salad, corn, and a roll and share what they are TRULY THANKFUL for (No one needs to pack a lunch.). This is an opportunity for them to think about who is important in their lives and to truly share of themselves in decorating the hall or serving their fellow students and teachers. This is one of those school traditions, which helps us to remember and be grateful for such a loving, caring school family! To see pictures from last year’s Thanksgiving feast, click HERE.

Thank you, Wauseon Machine’s W.E. Care Fund, for helping our students to feel such a part of a caring, thankful community! 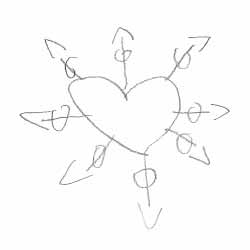 “Get ready to shiver, shimmy and shake! The North wind is starting to blow and temperatures are dropping to 10 below… zero, that is! A big blizzard is on the way as a cool bunch of jazzy, finger-snappin’ snowflakes take center stage. What a glistening sight. Uh Oh! Here comes the snowplow!”

The 2019 NHA Christmas program will be taking place on Tuesday, December 10th at 6pm. It will again be held Pettisville Missionary Church in Pettisville, Ohio with overflow parking available at nearby Pettisville school. It will feature students from New Horizons Academy and will include the musical Flakes! as the main event of the evening.

Join the fun as the Flakes and Snirts help the Littlest Snowflake see how no two flakes are alike and we are all special in our own way.

Artwork shown here is by some of our talented students!

Welcome Christmas (An Event for Families)

Tired of feeling stressed, rushed, and joyless at Christmas? Then “Welcome Christmas” is for you. A time to slow down, relax, and focus on what truly matters during Advent and at Christmas. Families from St. John Lutheran Church, south of Archbold, will be hosting this event at our facilities. 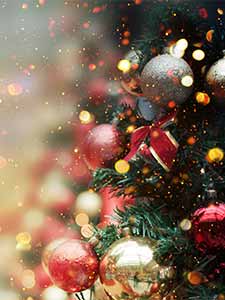 The evening includes supper and a fun family project to help you “Welcome Christmas” during Advent and Christmas caroling! Families will be creating 20 simple ornaments to put on small Christmas tree (provided) every day between the event and Christmas day to count down to Christmas and learn about its true meaning!

To help us prepare how much food is needed, please preregister by Friday, November 8 by completing the registration form below. If you have any questions, please contact Matt Rychener (mattr@sarasgarden.org) at 419.335.7272 or Jennifer Grime (grimejen@gmail.com) at 419.267.5266.